The Native Fish Society is one the foremost organization advocating for the protection and conservation of the Northwest's native fish and the habitats that sustain them.

For more than six years Mark has helped River Stewards channel their passion for their homewaters and wild fish into meaningful conservation. This includes working with staff and organizational partners on conservation campaigns to reform hatchery practices on Oregon's Sandy River and establish Wild Steelhead Gene Banks in Washington, promoting responsible catch and release practices through the Crush the Barb and Keep 'Em Wet campaigns, and working with local community members and leaders to protect thousands of rivers miles of critical salmon habitat in Oregon and California from the threat of mining.

Mark Sherwood joined the NFS staff in 2010 and has served the organization in a number of roles including Administrative and Development Assistant (2010), River Steward Program Director (2011-2014), Southern Regional Manager from (2014-2016) before his current position as Native Fish Society’s Executive Director.

Mark earned a Bachelor of Arts in Philosophy and English Literature from Westmont College in 2007. During summers' off he worked the Arkansas River Valley in Colorado as a rafting, backpacking, climbing, and fly fishing guide. After graduation, Mark struck out on a childhood quest to live and fish in Argentina, which strangely also led him north to Bristol Bay, Alaska where he worked for two seasons as a commercial fisherman. Fascinated with the intersection between wild salmon and Pacific Northwest cultures, Mark moved to Portland, OR in 2008 to serve on the frontlines of wild fish conservation. Since 2014, Mark has lived on Oregon's Wild Rivers Coast in Gold Beach, OR. 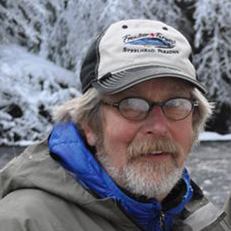 Tom Derry joined the Native Fish Society staff in October 2005 as the Director of Wild Steelhead Funding. Tom and his wife Connie relocated to the Molalla River after years of living and working in central Oregon.

An ardent steelhead and trout angler and committed conservationist, Tom owned and operated the Kokanee Café for 11 years on the banks of the Metolius River in Camp Sherman. During his time on the Metolius, Tom was very active in fish conservation on both the Metolius and Deschutes rivers and was very involved in stopping the stocking of trout in the Metolius and returning it to a river managed for wild fish.

Through his years as a restaurant owner and fishing addict who frequents the great haunts of the Pacific Northwest, Tom has met many people from wide walks of life who share his concerns for native fish. Tom’s many connections assist the Native Fish Society in growing its membership and financial base. 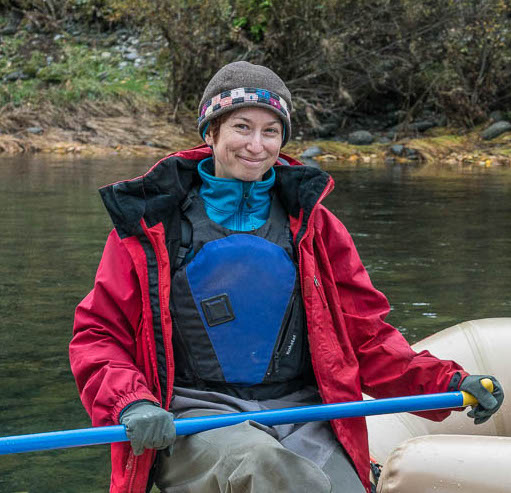 Jennifer joined NFS in 2018 in the role of Campaign & Columbia Regional Director before becoming the organization's Conservation Director in 2020. Jennifer’s previous experience includes nonprofit environmental advocacy relating to federal public lands, assessing program outcomes for the EPA Office of Research & Development, and serving as a graduate intern to U.S. Congressman Peter DeFazio. Jennifer received her M.A. in Public Policy from The George Washington University in 2009.

A childhood spent in rural Oregon inspired Jennifer’s passion for the outdoors and the meaningful relationships that can develop between people and the places they inhabit. Jennifer maintains her connections to place and the Pacific Northwest through backpacking, hunting, fishing, skiing, and gardening. When not out adventuring, she and her husband work to restore their 120-year-old farmhouse and operate a small farm outside of Canby, Oregon. 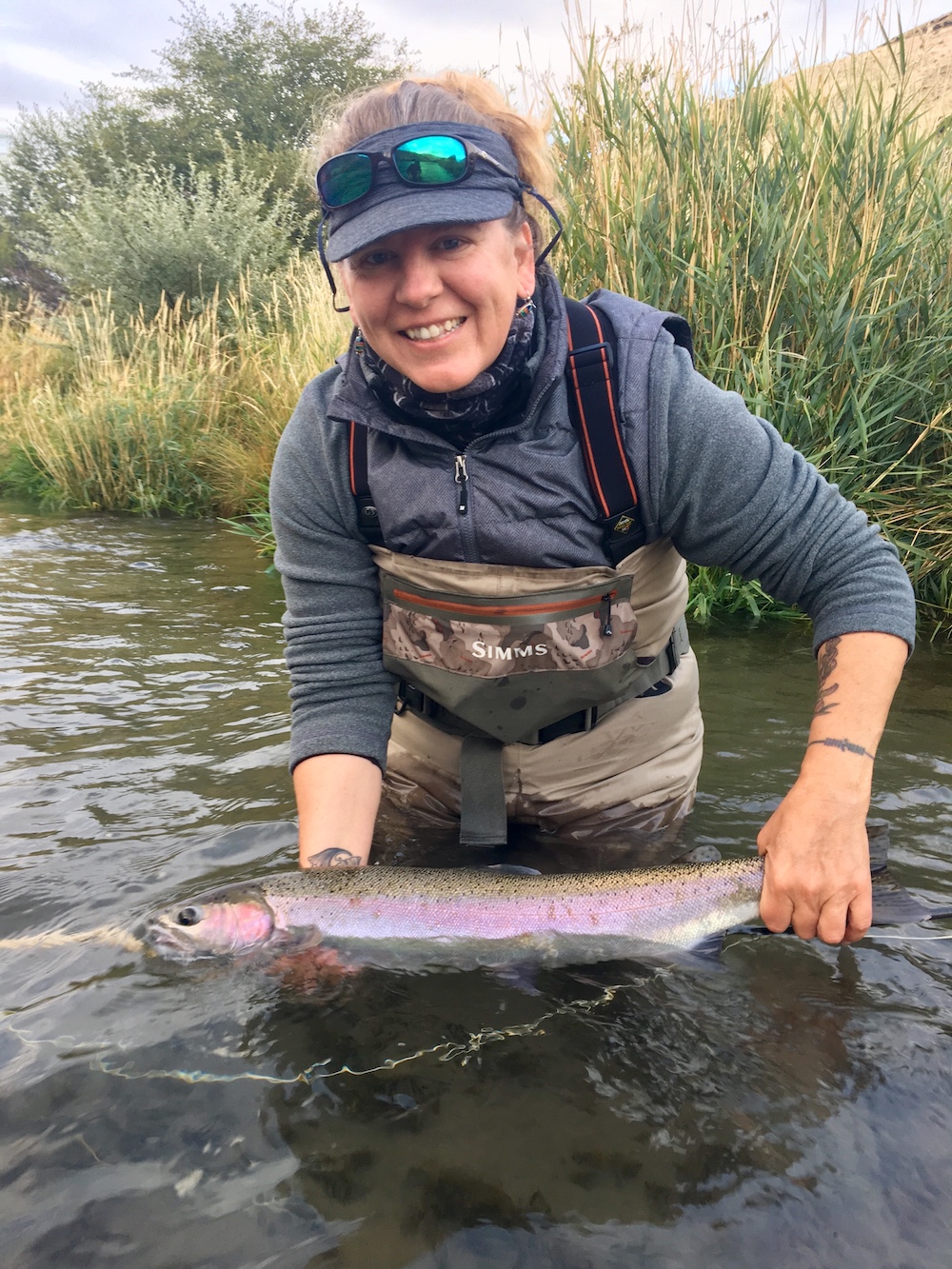 Tracy Buckner joined NFS in 2012 and quickly filled the role as Administrative and Development Coordinator, later becoming our Operations Manager, as well as Auction Co-Chair. Tracy is one of the co-founders of the Women for Wild Fish initiative, which encourages and promotes women as leaders of science-based education, conservation, and wild fish advocacy.

A native Oregonian, Tracy has spent most of her life exploring the Pacific Northwest and seeking out the hidden gems of the area. Endless summer days fishing with her grandfather on the Deschutes and area lakes, as well as family trips to all corners of the Northwest helped shaped her views on conservation and the need to preserve our natural resources. Tracy was fortunate enough to live abroad for 5 years and traveled extensively throughout Japan and the Far East. She has also spent time living in Arizona, Tennessee, and Connecticut - always searching for the road less traveled.

Tracy continues to foster her need for all things wild and free and gets out in the world at every opportunity. When they aren’t out rooting for their favorite footy club, Tracy and her husband, an avid fisherman, hunter, and flytyer, love to pack up their little teardrop and hit the road searching for adventure…and wild, native fish! 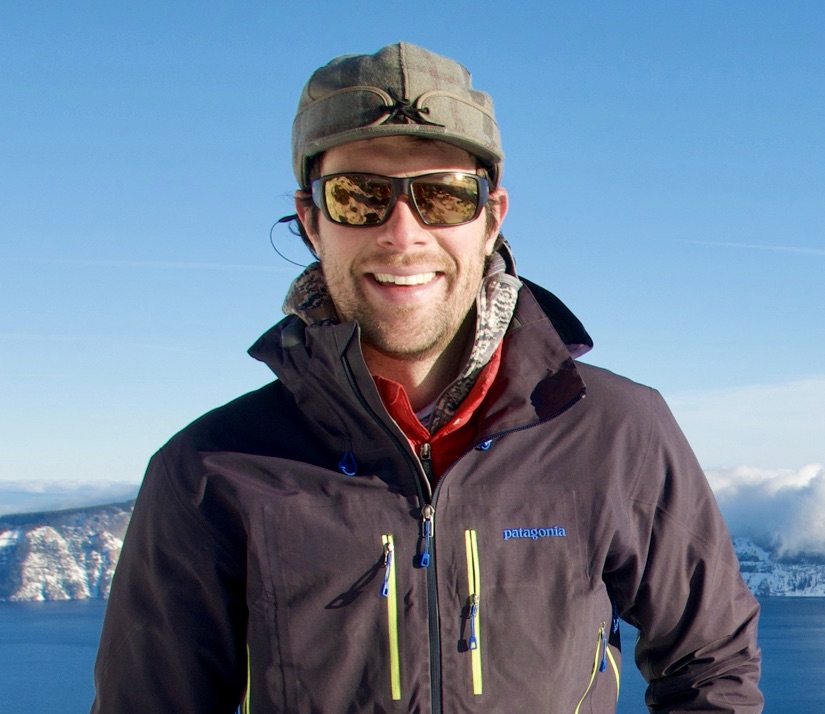 Kirk Blaine joined NFS in March of 2020 as the Southern Oregon Regional Coordinator. Fairly new to the Pacific Northwest and Southern Oregon, Kirk made his way to the Native Fish Society working through community work focused on health and well-being in the Umpqua Valley. Previously, he was the Project Manager for Blue Zones Project Umpqua focused on transforming the community to live a healthier, happier lifestyle.

Born and raised in Wyoming, Kirk graduated from the University of Montana in Missoula with a B.S. in Business Administration focused on Marketing and Management. After school, Kirk moved to Colorado where he managed a private forest for diversification and regeneration of forest species. Kirk and his wife moved to Roseburg, Oregon in the spring of 2015 pursuing new careers to positively impact their community.

Outside of work, Kirk and his wife enjoy everything outdoors—skiing, rafting, hunting, fly fishing, and hiking. Kirk is excited to help conserve and protect wild places and wild fish for future generations to cherish and enjoy. 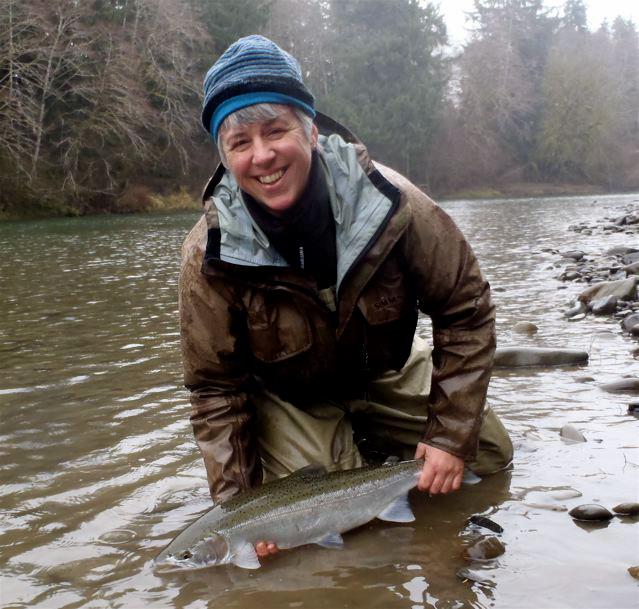 J. Michelle was raised on the north end of the Hood Canal in Washington State. She grew up fly fishing and exploring the gorgeous rivers of the Olympic Peninsula. In 2016, seeing a great need for more active cold-water conservationists, she started Oly Women on the Fly, a group that focuses on teaching women fly fishing and fly tying, as well as conservation and stewardship.

When not sharing her knowledge of the fly with the people, you can find her guiding for trout, salmon and steelhead, teaching rowing, or fishing for that magical unicorn of the water on her favorite North Olympic Rivers.

J. Michelle has her Masters from Bastyr University in Applied Behavioral Science, specializing in organizational development and leadership training. She joined NFS in September of 2018 as the Washington Regional Coordinator. J. Michelle lives in Olympia, Washington, with the best fishing dog in the world, Duncan.