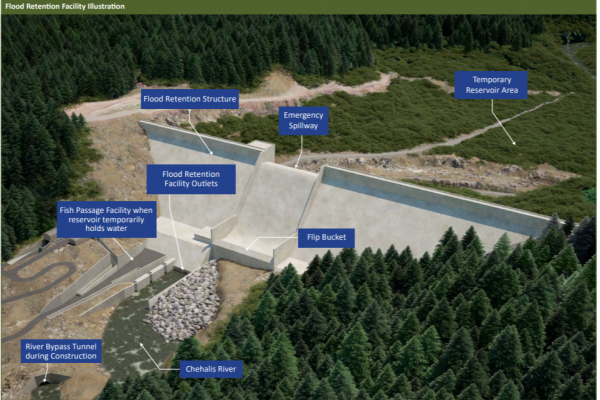 Send us a message about the Stop the proposed Chehalis River Dam!

We Stand With our Allies for a free flowing Chehalis River!

On July 22, 2020 Washington’s Governor Jay Inslee sent letters to the members of the Chehalis Basin Board, Washington Department of Ecology and Washington Department of Fish and Wildlife requesting the agencies pause the Environmental Impact Statement process on the proposed Chehalis River dam and instead seek alternative solutions that would work toward a common goal of recovering salmon and flood damage reduction. Inslee would go on to say...

“Recent work evaluating a proposed large-scale flood retention project in the upper Chehalis River has brought additional and significant questions and concerns about impacts and alternatives. In light of these concerns, I am requesting that the board work together to:

We applaud Governor Inslee's decision to seek out a holistic solution that benefits the entire basin and the people living within it including the Confederated Tribes of Chehalis and the Quinault Indian Nation.

The wild spring Chinook Salmon of the Chehalis are on the verge of extinction and several other salmon and steelhead species have seen precipitous declines, leading to closed fisheries for both tribes and sport fishermen.

Pacific Rivers has a new feature film entitled, Chehalis: A Watershed Moment. This film will air again on KBTC (pbs) in Washington on Aug. 27, 2020.

Draining more than 2,660 square miles across southwest Washington, the 115-mile long Chehalis River is the lifeblood of the second largest river basin in Washington state. This basin, which is the ancestral homeland of the Confederated Tribes of the Chehalis, is now a thriving agricultural region and also supports vital salmon and steelhead populations. The proposed dam (see picture above) would destroy six miles of critical salmon and steelhead spawning grounds.

Native Fish Society has joined a growing number of concerned citizens, sovereign tribes and other environmental groups to stand together for a free flowing Chehalis River.