In May 2019, the Oregon Parks and Recreation Department announced it would move forward with studying the South Umpqua River as a candidate for inclusion into the State Scenic Waterway Program. The current study session footprint includes a 27-mile segment located in the Umpqua National Forest.

We look forward to working with South Umpqua River Steward, Stan Petrowski, in helping advocate for this important designation for his homewaters, which provides critical habitat for sensitive and threatened populations of salmon, steelhead, trout, and lamprey. 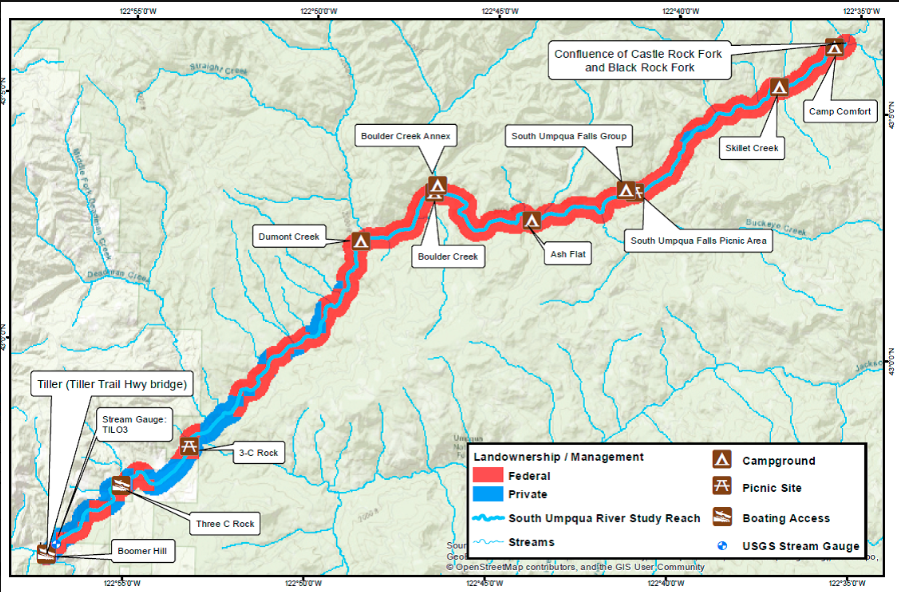 The Oregon State Scenic Waterways Act can be seen as a counterpart to the federal Wild and Scenic Rivers Act, in which the state codifies the recreational and aesthetic values of a waterway by prohibiting hydropower development and certain types of mining activities within the designated reach.

The act was originally passed into law in 1970 with a public vote through a ballot initiative, and received wide support, passing at a 2:1 margin. A goal of the Oregon State Scenic Waterways Act is to protect the state’s most treasured waters, while striking a balance with the needs of the riverbank property owners.

Until recently, Oregon had not established any new Scenic Waterways for several decades, despite it’s many great waterways across the state. In 2014, Governor Kitzhaber revitalized the act and with the help of the state legislature directed the Oregon Parks and Recreation Department to begin a new approach to designate State Scenic Waterways, which require the agency to now review three river segments every biennium for inclusion in the program.

After its newfound revival, Native Fish Society River Stewards and staff helped secure State Scenic Waterway designations for the Molalla River and Chetco River in 2015, marking the first rivers to be added in decades. Starting in early 2017, after a preliminary public process to determine eligible river segments, the State Department of Parks and Recreation started the review process again with a list to 3 rivers and segments as candidates. These included:

These river segments were chosen based on a variety of factors including surveys in the State Trails Plan, existing recreation, relative free-flowing nature of the river (determined by the State Water Resources Department) and input from agency staff, nonprofits, groups with agricultural, environmental, and municipal interests.

Ultimately, after the initial review, OPRD moved forward with studying the 17.5 mile section of the Nehalem River as a State Scenic Water Way, working with an advisory committee to develop a draft management plan. The OPRD Nehalem River Proposed Scenic Waterway Study and Draft Management Plan is available online here. The Plan received a unanimous vote in favor of approving the Nehalem Management Plan by the Oregon Parks and Recreation Commission, and in April 2019 the plan was forwarded on to Governor Brown for final approval and inclusion into the State Scenic Waterway Program.

Oregon’s network of Scenic Waterways currently includes 22 river segments totaling 1,178 miles of the state’s most beloved rivers including sections of the John Day, Deschutes, Umpqua and many others. (More information from the Department of Parks and Recreation on their website here) 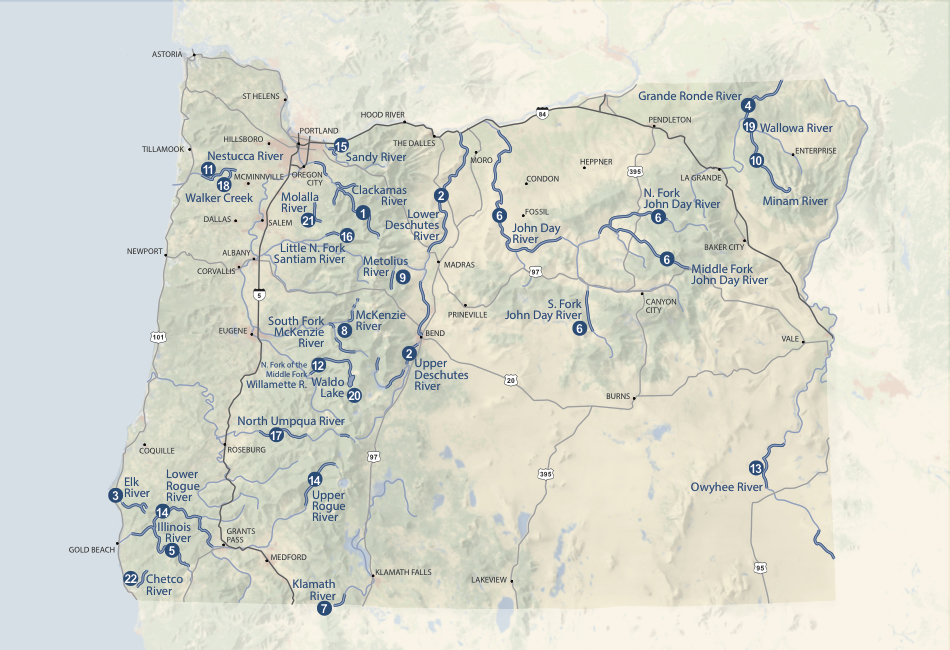