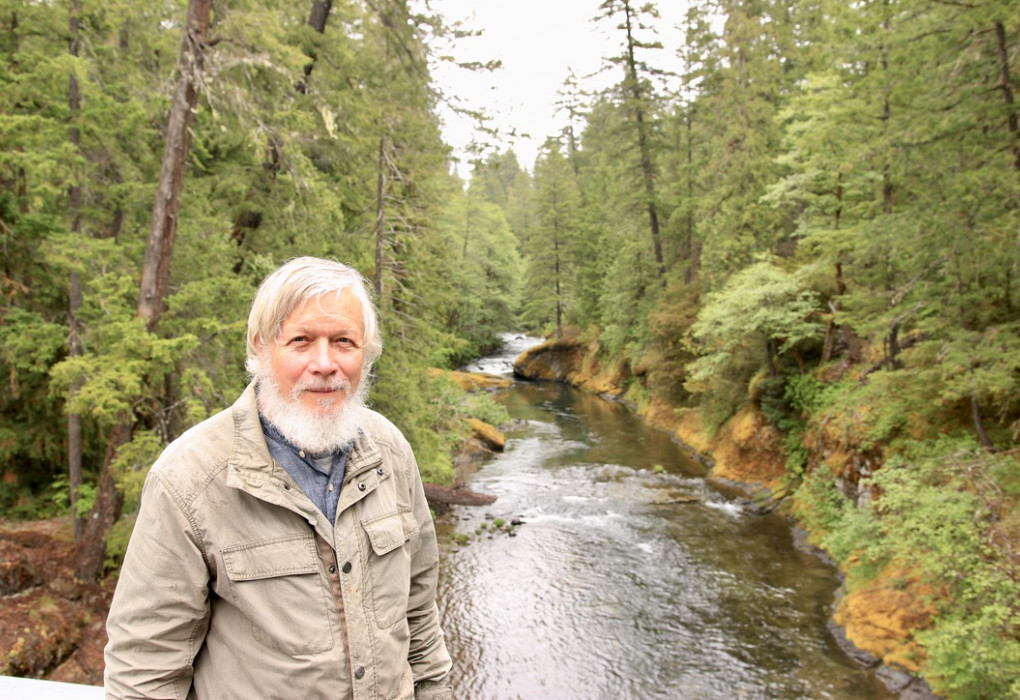 Stan Petrowski of Tiller, Oregon is a River Steward. He has a passion and advocacy for his homewaters and the fish of the South Umpqua River. On top of that, Stan is a wonderful person to be around; a true example of a genuine person that strives to leave our world a better place. I visited Stan this summer to experience the South Umpqua River, understand some of the challenges in conservation, and how I could better support him in his passion and advocacy.

A last-minute phone conversation and evolving plans found me driving to Tiller, Oregon, to pick up Stan and his four-person raft for a short float on the upper South Umpqua River. The goal: explore Stan’s homewaters for my first time and eliminate a bucket full of smallmouth bass – an invasive species and Chinook Salmon’s most significant limiting factor on the South Umpqua River.

I arrived at Stan’s homestead, a goat ranch tucked into forested mountain folds and enjoyed a wonderful lunch in Stan’s handbuilt cabin. We spoke about conservation, the dreaded wildfires currently burning over the ridge, and the future of salmonids in the state of Oregon.

With full stomachs, we headed out for our adventure, winding our way downriver to a well-known boat ramp. It was a beautiful, late summer day just before the chilly weather of fall. Smoke filled the air like a fog setting in on a cold winter day. It was peaceful, the full effects of solitude and enjoyment on one of the most scenic rivers in the Pacific Northwest.

Now don’t get confused, the South Umpqua River is not protected under the Wild and Scenic Rivers Act, and no, it is not getting proposed as Wild and Scenic under the River Democracy Act. Inclusion in this monumental legislation is not due to Stan and other local river advocates not asking for it to be designated Wild and Scenic. Put simply - it’s not being proposed or protected for political reasons.

We began our float down the river admiring the wildlife and the surrounding vegetation. Stan and I were forced to drag the raft in many spots to navigate the low flows from the extreme drought that southern Oregon has endured this year. Traveling slowly, we stopped multiple times and searched for Smallmouth Bass in the deeper holding pools.

Continuing downriver, we dropped through a narrow channel with big boulders with grass tufts on either side into a secluded section of the river. Excited to leave the roadside and explore uncharted waters, my eyes scanned the bank looking at the beautiful madrone trees and large Douglas firs that lined the banks. That’s when I spotted two sizable floating tanks sitting in the river ahead. The craft perched on the surface like the water striders darting along the river’s edge.

As our raft approached the vessel, Stan knew what it was - a suction dredge miner - looking for gold in the banks of this beautiful watershed. We proceeded with caution and unease, not knowing what to expect. We came across the miner as he was dragging his sluice box out to his equipment. The sluice box, a long, narrow “trough” that water passes through when put in a creek or stream, is used to separate and recover gold from the river’s gravel.

“What are you doing here?” Stan called out from his position perched atop our raft.

“Nothing,” the miner curtly responded.

What you might not know is that suction dredge mining is illegal in the state of Oregon because of the tremendous advocacy of Stan Petroski and my predecessor, Jake Crawford. If it were not for these two exceptional conservationists, suction dredge mining would still be legal and continuing to destroy rivers throughout the state of Oregon. We owe Stan, Jake, and many other advocates gratitude for their conservation efforts.

Stan engaged further in conversation with the miner, ultimately letting him know the State Troopers would be notified of his presence.

Continuing down the river, we saw the full extent of the excessive suction dredging that had occurred throughout the summer. In one spot, the miner had created a whole new channel offsetting the river. Large diversions were piled high with cobblestone that was ideally used for spawning salmonids. 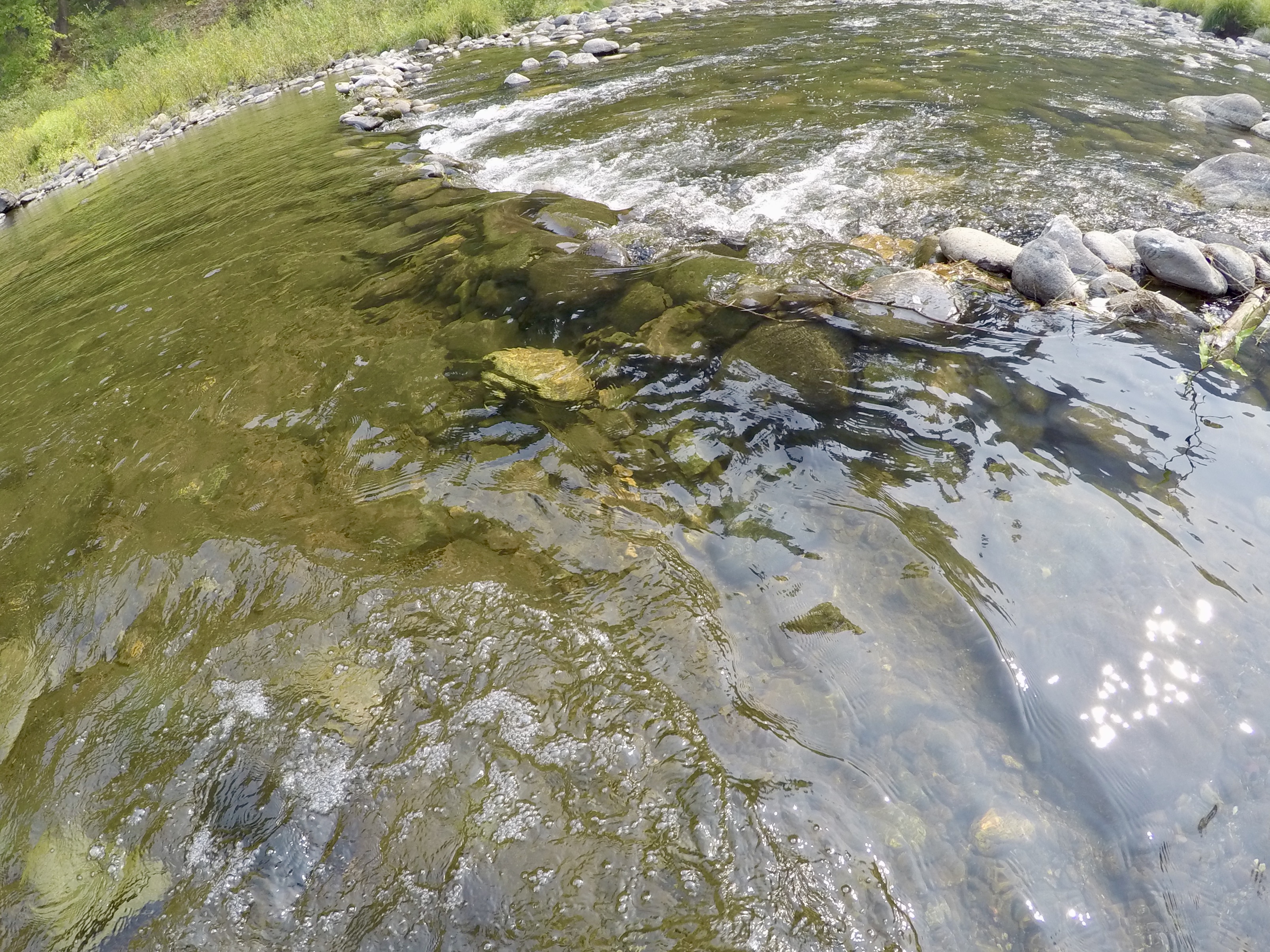 Although encountering this suction dredge miner was sad to see for the environment, it gave me chills to think that the only reason this activity was illegal in the state of Oregon was because of the tireless efforts of local people and communities taking a stand for the health of their homewaters.

Floating down the remainder of the river, we saw a barred owl, great blue herons, and other wild species who call this amazing river home. It was a gorgeous afternoon shared with an outstanding steward of this magical place.

We finished our trip in a large holding pool where we had a strong inclination it would hold an army of invasive smallmouth bass. Cast after cast, we landed over 50 smallmouth bass, retaining them for a fun fish fry in the future. It was a blast, and the fact that we were helping the native species of salmon, steelhead, and lamprey made the fishing even more rewarding. We stayed on the water until the sun had fallen over the ridge before calling it a day.

This late summer day on the South Umpqua was one for the books. I spent the afternoon with a fantastic mentor, friend, and river advocate who has taught me so much about conservation and why we stand up for the natural world and our homewaters. River Stewards and advocates like Stan are the real driving force behind conservation. Their local grassroots knowledge helps lead our success in restoring abundant wild fish, free-flowing rivers, and thriving local communities throughout the Pacific Northwest. 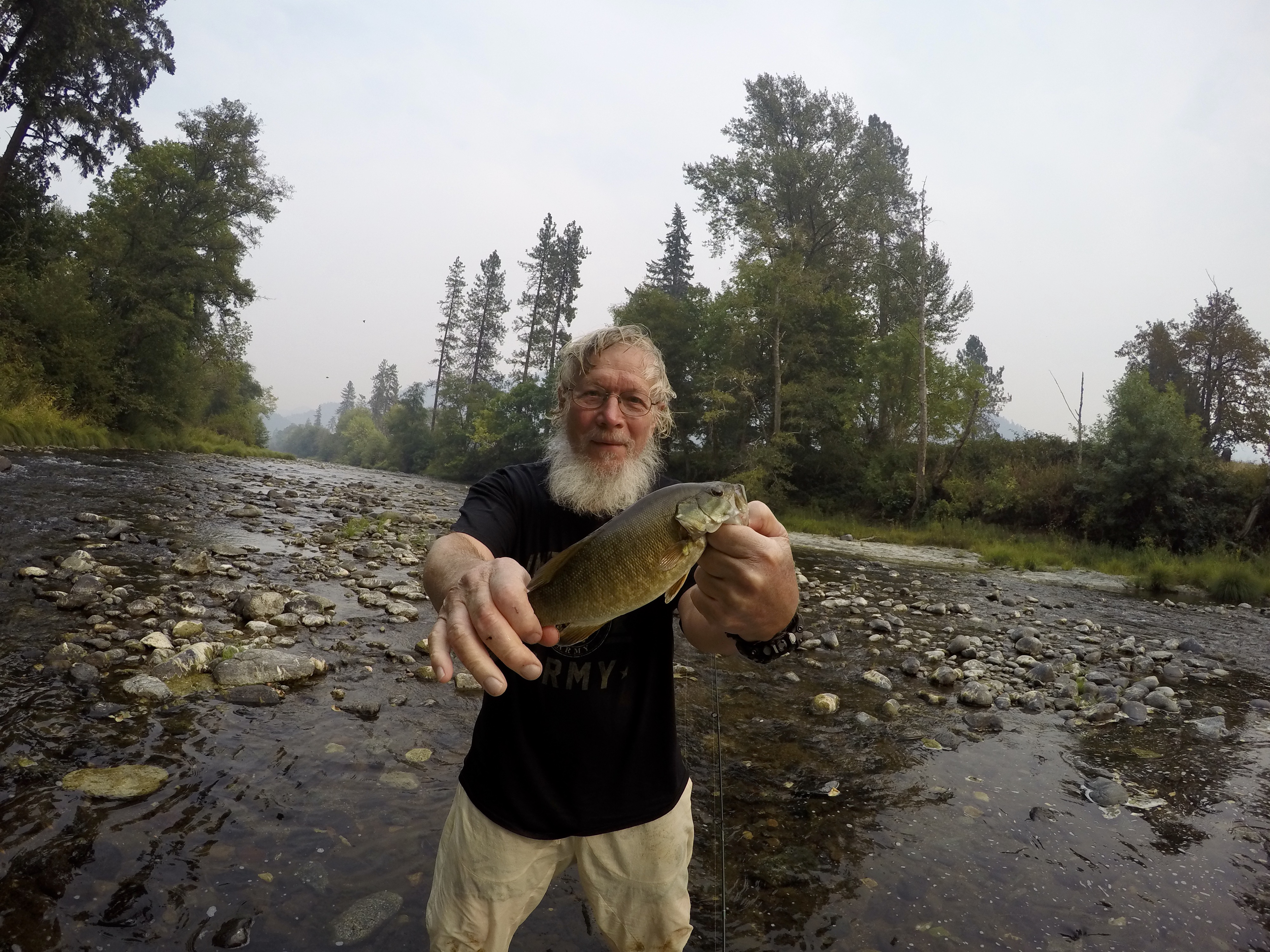 Inspired by Stan’s work on behalf of a river he knows and respects? Check out the NFS River Steward Program at nativefishsociety.org/get-involved and let us know how we can help you protect and restore your homewaters!