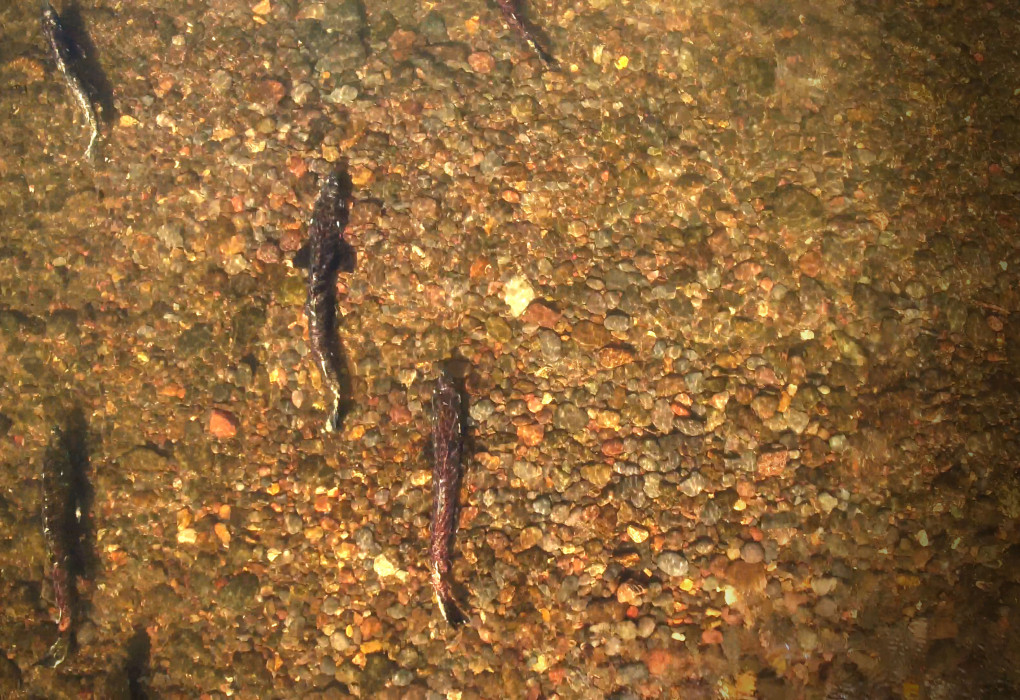 In 2007, the Oregon Fish and Wildlife Commission adopted a Rogue Spring Chinook Conservation Plan (Conservation Plan) to help improve conditions for the struggling wild salmon that had seriously declined over the previous two decades.

Historical records for the Rogue River showed returns averaging 28,000 wild spring Chinook salmon per year. When Lost Creek Dam was constructed in 1977 for flood control, it was built without fish passage and restricted access for spring Chinook and summer steelhead to roughly one-third of their critical upstream habitat. Following dam construction, wild spring Chinook experienced serious decline through the 1980s and 1990s, and in the 1990s wild spring Chinook had dropped to an average of just 7,600 adult returns.

When the Conservation Plan was developed NFS’s Rogue River Steward Peter Tronquet served on the Advisory Committee convened by the Oregon Department of Fish and Wildlife, which was a group of public and private stakeholders that met 24 times over two years to provide input on specific components of the plan.

The Conservation Plan identified a series of strategies and actions that the department would implement in coordination with the Army Corps of Engineers and basin-wide stakeholders. To date, many of the major actions have been taken, such as dam removals, harvest modifications to protect early returning wild spring Chinook, hatchery adjustments to minimize hatchery/wild interactions and provide greater benefit to sport anglers, and maintaining adequate flows during spawning to prevent dewatering of redds.

Now, just over ten years later, the department has released a draft Comprehensive Assessment and Update of the Plan, which identifies that progress has been made towards its goals and the Rogue River’s iconic wild spring Chinook are on an upward trajectory.

ODFW’s assessment suggests that some of the abundance criteria have not been met due to a variety of challenging environmental factors, including multiple years of drought, El Niño, and the Blob with warm ocean temperatures, but overall we should be excited about the trends and the improvement from pre- and post- Plan implementation. They also note that since most wild Rogue spring Chinook return as four year adults, the returns in 2012 were the first to experience all of the benefits of Plan implementation since the time of adoption--meaning we are likely to continue to see positive gains in the future.

The department is now accepting public comments on the draft Comprehensive Assessment and Update of the Plan until December 16th, and they will be hosting two public meetings in the Rogue Basin to discuss the assessment in more detail.

Overall, Native Fish Society is encouraged by the department’s draft assessment and are proud to have been a partner in helping develop this important science-based conservation plan.

Spring Chinook salmon are an iconic species to the Northwest, and are prized by Tribes, anglers, and culinarians alike, as they have higher fat content due their need to sustain travel over long distances and the months of time they spend in freshwater systems before they spawn.

One of our goals for the Rogue’s spring Chinook is for the wild population to return to abundance that can support harvest, a fishing opportunity that was restricted since the Plan’s adoption.

We want to see that anglers are able to sustainably harvest these iconic wild fish and demonstrate the power of taking strong science-based actions to recover a species that has experienced serious decline.

In alignment with the Native Fish Conservation Policy, the Conservation Plan established a desired status of measurable biological attributes for the population that reflected the environmental conditions that wild spring Chinook were facing (for more on this see pg 12 of the Rogue Spring Chinook Conservation Plan). For instance, recognizing that it was unlikely that Lost Creek Dam was going to come out in the near future (and one-third of critical habitat would still be inaccessible) they set a desired status and agreed on target numbers with a focus on specific actions that would help achieve those goals.

Among the suite of options, the Advisory Committee agreed to Option 3 that states, "Maintain, at sustainable levels of abundance, the historical life history characteristics of naturally produced spring Chinook salmon (NP CHS) while providing harvest opportunities for naturally produced and hatchery fish. Manage hatchery fish so as to mitigate for fishery losses associated with the blockage of spawning habitat and the change in the life history patterns of NP CHS" (pg 13 Rogue Spring Chinook Conservation Plan).

The "sustainable level of abundance" was determined to be a desired status of achieving at least a ten year average of ≥15,000 wild spring Chinook salmon passing Gold Ray Dam, which has since been removed.

While we share the goals of many sport anglers to harvest wild spring Chinook in the Rogue, some questions and concerns remain about the adjustments to the Management Strategy that will reinstate harvest based on pre-season forecasts before reaching the desired status, as is currently laid out in the draft assessment. Achieving that desired status over a ten year average takes time, and we should not shift the goal posts before we get to the finish line.

For example, without limits on the number of fish that will be harvested, as opposed to the number of days that anglers can participate in the fishery, how do we know whether reinstating harvest will hamper our ability to meet the desired status; whether the new forecasting system is accurate at predicting run size; and how will the department respond in real time if the returns do not come in as forecasted?

While the Rogue’s spring Chinook are well above conservation concern, we must recognize that as the community is celebrating the improving conditions for wild spring Chinook we must exercise judicious caution in making management changes that will remove fish from the spawning grounds. After all, unsustainable sport angler harvest was one of the limiting factors identified for wild spring Chinook when the Plan was developed, and why a management action was to restrict harvest until the population could reach the desired status.

It is also necessary to note how important it is for the department to have developed and implemented a Conservation Plan that seems to have the Rogue on a path for increasing returns of wild spring Chinook, when spring Chinook are in perilous condition across the Northwest. This year marked record low returns for many of our neighboring populations, including the South Umpqua River (where 28 fish were counted as the second-lowest on record) and in the Salmon River, a tributary to the Klamath River in northern California (where 168 fish returned for the third-lowest on record). While spring Chinook populations in the South Umpqua and Salmon rivers' were never as robust as the Rogue River, new findings from researchers at UC Davis have identified that once lost, spring Chinook are not likely to re-evolve from their fall-run counterparts--making conservation and recovery actions targeted for spring Chinook key to ensuring that populations remain viable into the future (for more read "New Science: Fall Chinook don't turn into Spring Chinook").

We will continue to work with ODFW and our partners to understand the status and trends of wild spring Chinook in the Rogue, and we hope that you join us in attending one of their public meetings to learn more about this important work.

Stay tuned for further review of the assessment, and let’s Support the Springer Revival!