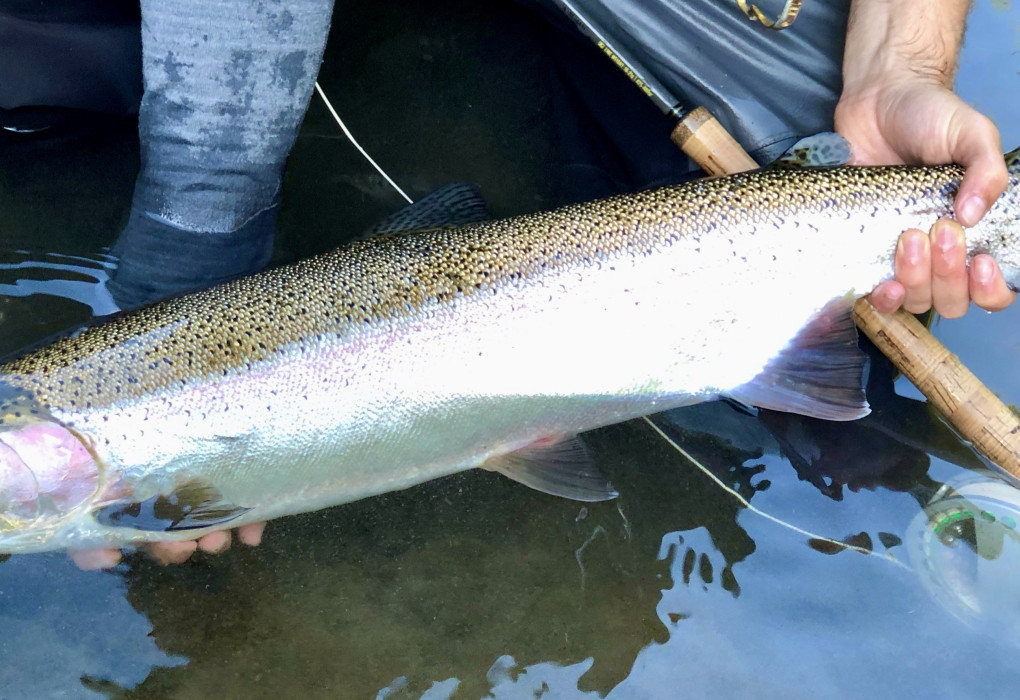 In September of 2020, the Oregon Department of Fish and Wildlife released their 5-year report of the Coastal Multi-Species Conservation Management Plan. This was the first published report since the adoption of the plan in 2014.

Native Fish Society encourages you to share your voice with the ODFW Commission asking them to direct the department to comply with their conservation management plan to restore abundant wild Summer Steelhead. Please fill out the Action Alert below to share your voice!

IDLEYLD PARK, OREGON - On February 18, the Oregon Fish and Wildlife Commission denied a petition from the North Umpqua Coalition to protect wild North Umpqua River summer steelhead, which returned to that river in record low numbers in 2021. The petition demonstrated that the Oregon Department of Fish and Wildlife is failing to adhere to the 2014 Coastal Multi-Species Conservation Management Plan, or CMP, and requested a declaratory ruling from the Commission in order to prompt immediate action on behalf of these imperiled fish. The Commission opted instead to wait for a forthcoming Oregon Department of Fish and Wildlife analysis, expected this spring.

“Today, the Commission proved that the CMP is an empty promise,” Legal and Policy Director for The Conservation Angler Rob Kirshner said. “By denying the petition, the Commission refused to hold ODFW accountable for failing to meet the goals it set in the CMP to protect wild steelhead from hatchery fish.”

The CMP sets management guidelines and conservation thresholds for Oregon Coast fish populations, including North Umpqua summer steelhead. Because of the pernicious and lasting influence of hatchery programs on wild fish populations, the CMP places an explicit limit on the number of hatchery fish spawning in the wild: No more than 10 percent should be of hatchery origin. But ODFW’s own data indicate that as much as 33 percent of spawning summer steelhead in the North Umpqua are hatchery fish.

“What good is a conservation management plan with goals and objectives if the managing agency does not comply,” NFS Southern Oregon Regional Coordinator Kirk Blaine said. “Again and again, the Department demonstrates complacency, disregard for the wellbeing of these imperiled fish and a lack of respect for the legacy of conservationists who have fought to protect the North Umpqua River and its wild summer steelhead.”

The North Umpqua Coalition is working to conserve and restore the North Umpqua River and its imperiled wild summer steelhead. The coalition’s vision is the restoration of wild steelhead in the North Umpqua, which would make it the only river in Oregon with all-wild populations of both summer and winter steelhead. Our advocacy has been made possible through a grant from The Flyfisher Foundation of Oregon.