Quiet on the spawning grounds
Posted on: January 17, 2017
Donate

Quiet on the spawning grounds

Things are quiet on the spawning grounds of South Puget Sound tributaries following frigid temperatures last week. Most fish tagged through out Coastal Cutthroat Campaign were heading back out to sea. Because the spawning period for searuns can span greater than 5 months there is a lot of anxiety about when our tagged trout will show up in our study area to spawn.

WDFW's Riley Freeman is taking much of the guesswork out by comparing flow and redd counts (spawning nests) across multiple years and streams to help us predict when our Cutthroat will be feeling the urge. His results suggest that, like Bonneville Cutthroat in Utah, Searun spawn timing is controlled, in large part, by flow. Redd counts are highest as flows drop and spawning appears to "pause" during springtime freshets. With streams dropping, and the Cutthroat Community watching we are expecting to catch trout in the act to get us one step closer to estimating abundance of this native trout. 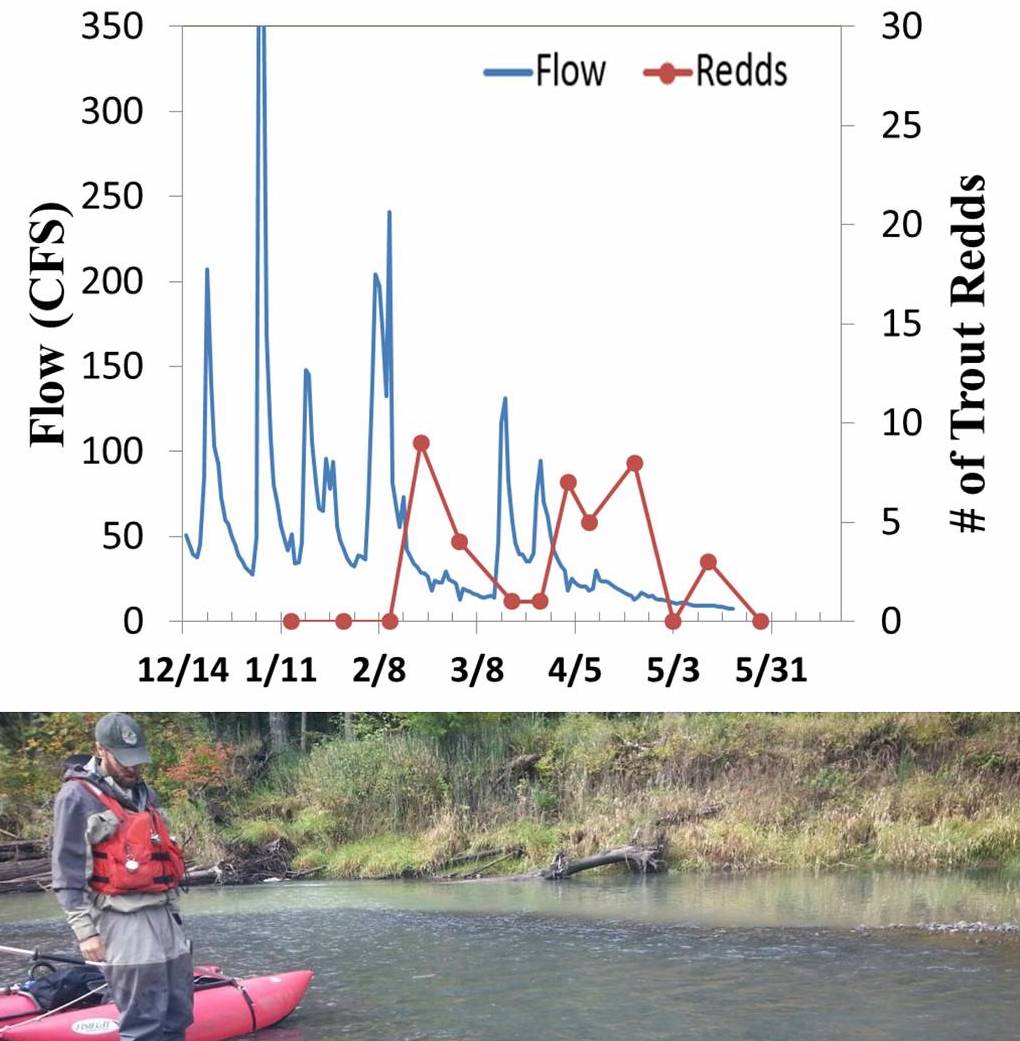 Quiet on the spawning grounds