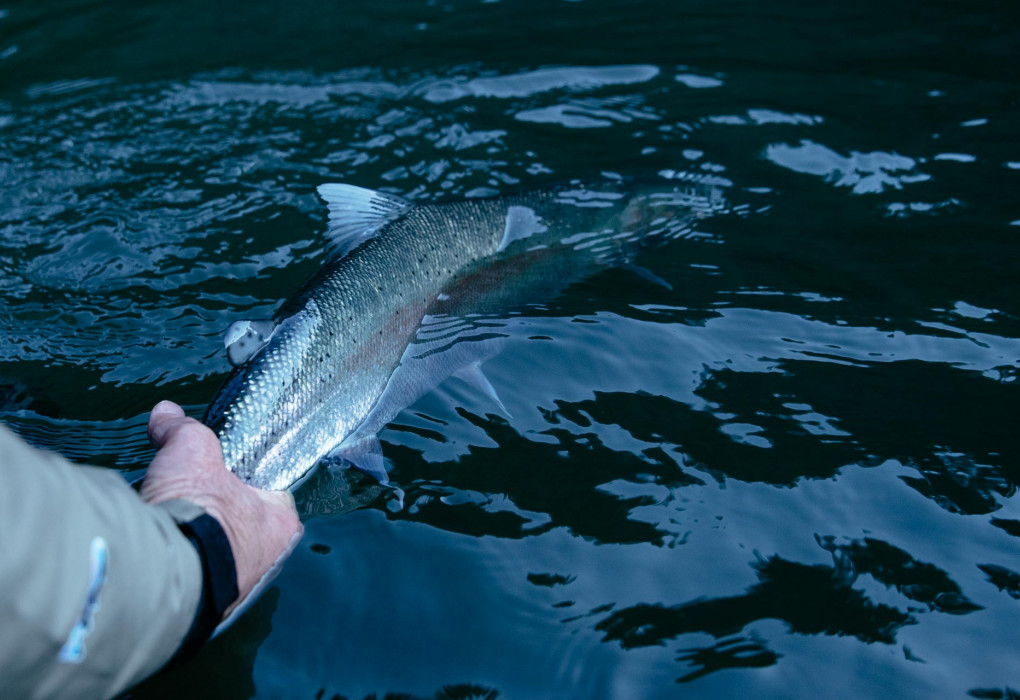 In March of 2020, Native Fish Society was contacted in regards to steelhead populations on the North Coast. Looking at data collected by the Oregon Department of Fish and Wildlife in their annual Oregon Adult Spawning Inventory and Sampling project (OASIS), Native Fish Society fellows and staff collaborated to evaluate population trends over the past century. Native Fish Society expected to find stable or increasing numbers of fish, based on ODFW’s management decision to remove Oregon Coast Steelhead from the State Sensitive Species List in 2014. On the contrary, it led to the discovery that our beloved steelhead are declining at a significant rate of 20-24% per decade in many rivers. This average rate of decline puts the already fragile populations at risk for extinction in the next 50 years. In response, NFS is requesting that ODFW evaluate Oregon coast steelhead populations for listing on the State Sensitive Species List, and we invite you to join us in this effort by signing our ongoing action alert.

A Case Study of Decline:

Historical and state data was analyzed to understand population trends over time and determine a baseline of abundance from a century ago on the Oregon coast. We can use the Nehalem River to create a case study of how Steelhead populations have trended over the past century and to give us an idea of where these populations are headed.

First available data citing historical populations of wild steelhead dates back to the cannery operations in the 1920’s. While harvesting salmon and other species for canning, canneries operated and tracked the amount of fish they were producing based on weight. During this time hundreds of thousands of pounds of steelhead and salmon were harvested out of the Pacific Northwest for consumption. 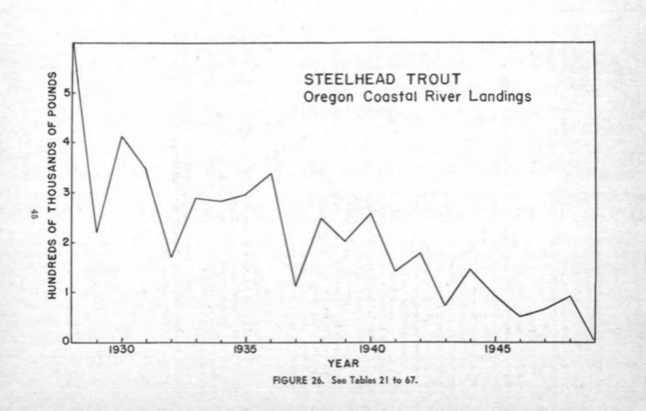 Cited in Cobb 1930, the Nehalem River shows a commercial catch of 68,062lbs of steelhead harvested in 1924. Native Fish Society assumed an average fish size of 8lbs to lead to a conservative estimate of ~8,500 fish harvested. This number does not take into account the amount of waste per harvest including waste associated with refrigeration or portions of the fish that are discarded (heads, fins, etc.). 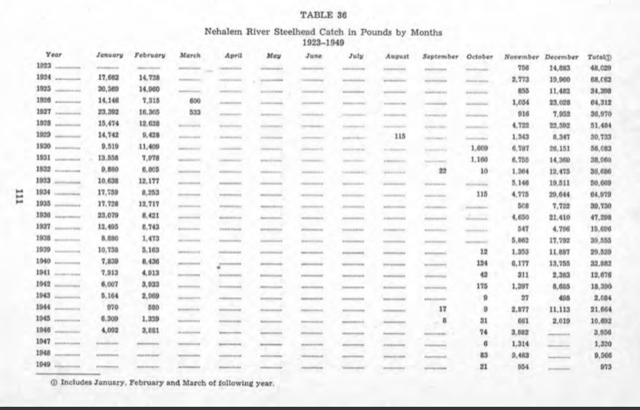 Subsequently, to establish a historical baseline, an exploitation rate, or percentage of the run that is harvested, must be assumed. A commonly used value for historical purposes is 40 percent developed in Jim Lichatowich’s work in 1989. Using this figure, we can conservatively estimate a historical run of 21,250 wild winter steelhead on the Nehalem River in 1924.

The next attempt to evaluate steelhead populations on the Oregon coast was undertaken using catch record cards in the 1980’s by ODFW biologist Ken Kenaston. Kenaston researched these catch cards from 1980-1985 and utilized the same exploitation rate NFS experts applied to the cannery studies from the 1920’s↓—40 percent. The results, published in 1989, show a five year average of 3,992 wild winter steelhead.

That brings us to the past two decades. Currently, ODFW completes OASIS studies to analyze population health and abundance on the North Coast. The department has been conducting this monitoring since 2003 to help inform their management decisions and actions.

A Native Fish Society data expert, took the numbers from those surveys conducted between 2003 and 2018 and created a line graph showing trends over time and an average population base for the Oregon Coast SMU.

Consolidating the data to the north coast from 2018 indicates that only 9,104 wild steelhead returned to spawn across the area. Using the allocated percentages from the most recent ODFW Coastal Multi-species Management Plan released in 2014, it leads to 1,821 wild winter steelhead in the Nehalem River.

Furthermore, analysis of the current populations in correlation with Ken Keanston’s study in 1980 with a population base of 3,992 steelhead indicate a decrease of 20-24% per decade since the 1980’s. If the average rate of decline continues, it puts nearly all coastal steelhead populations at risk of extinction within 50 years.

Native Fish Society will continue to look at areas on the Oregon coast to evaluate species health and abundance. We will be evaluating other streams looking for positive trends over the previous decades and discuss the science behind why these rivers are seeing higher returns of wild fish.

Native Fish Society would like to thank the River Stewards, Fellows, volunteers, and staff for their expertise in shedding light on the ongoing decline of Oregon coast steelhead. It is our hope that working together, we can achieve abundant, thriving populations of wild fish that support the needs of our streams, our ecosystems, and our communities.

What you can do:

1) Visit the campaign page to learn more about this issue, and

2) Add your voice now to the action alert to ODFW.

Together, we are creating the groundswell that is championing Oregon coast steelhead for generations to come.