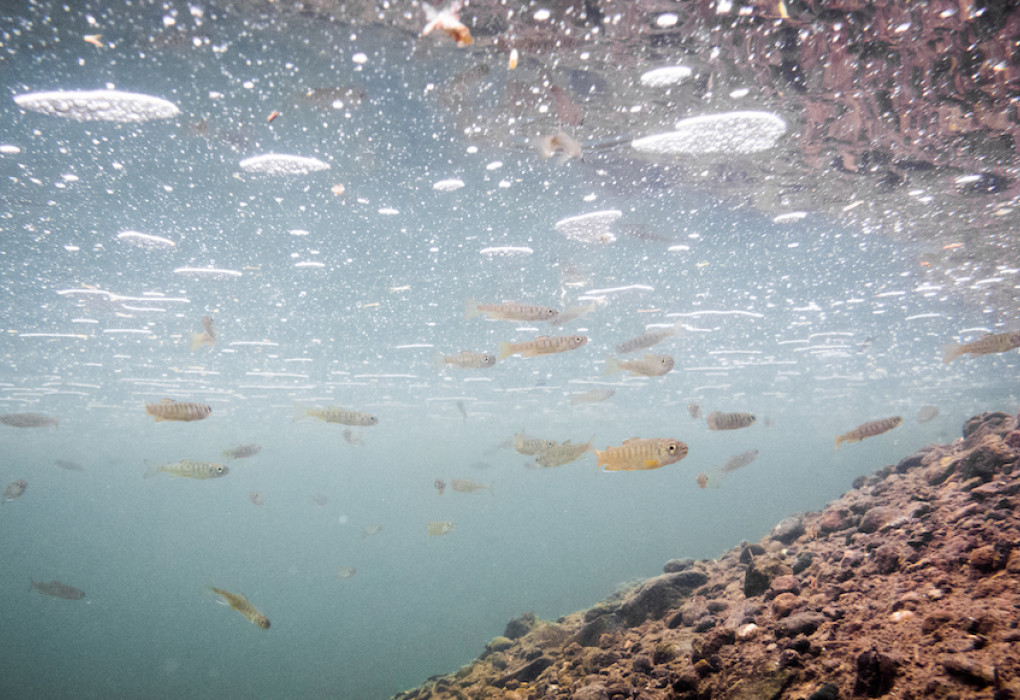 SALEM, OR – Today, twenty conservation and fishing organizations delivered a rulemaking petition to the Oregon Board of Forestry requesting new rules to prevent logging-related harm to “resource sites” for coho salmon listed under the state and federal Endangered Species Act. Coho salmon, which are split into three evolutionarily significant units in Oregon, were first listed in Southern Oregon in 1997, and soon thereafter along the rest of the Oregon Coast in 1998. The Lower Columbia coho population was listed almost over a decade ago, in 2005.

While coho salmon have been threatened with extinction for years, the Board of Forestry has never initiated a state-mandated review of its rules to protect the fish. “The Oregon Forest Practices Act clearly requires the Board of Forestry to address conflicts between logging and habitat for species at risk of extinction,” said Nick Cady, legal counsel with Cascadia Wild. “There are major ongoing conflicts between logging practices and coho salmon habitat that need to be resolved.”

Oregon has relied heavily on voluntary measures by timber companies to protect coho. Between 1995 and 2017, taxpayers invested $65 million dollars of public funds on instream habitat restoration efforts. However, Oregon’s weak forest practices rules still allow logging to degrade aquatic habitat critical to the recovery of coho salmon. Conrad Gowell, Fellowship Director with the Native Fish Society notes “We need to address the root causes of fish decline. The public’s investments in habitat restoration activities cannot keep up with the pace or scale of the ongoing degradation from poor forest practices.”

Oregon’s rules for state and private timberlands are the weakest in the Pacific Northwest. “Oregon has dragged its feet in addressing problems that have long been identified by state and federal expert agencies,” observed Mary Scurlock with the Oregon Stream Protection Coalition. “Intensive logging too close to streams and on landslide-prone areas, sediment from forest roads, and large areas dominated by clear-cuts and young plantations are perpetuating poor freshwater habitat conditions.”

“The Board has been taking a very slow and piecemeal approach to updating its policies,” said Robyn Janssen, “The last rule change took 15 years but still didn’t address some of the biggest problems for salmon and water quality – and left the Rogue Basin and its salmon out of the picture entirely. We can’t afford to wait another 20 years for Oregon to bring its logging rules up to snuff.”

Question: Why are 20 conservation and fishing public interest organizations petitioning the Board of Forestry?

Answer: Fish, wildlife, and water are natural resources owned by the public. These organizations believe existing rules for logging operations around streams, lakes, and wetlands on state and private forestlands allow harmful impacts to coho salmon and its habitat, and that the Board of Forestry is not fulfilling its legal obligations to reduce or eliminate these impacts.

Question: What is the petition asking the Board of Forestry to do?

Answer: The petitioners want the Board to follow a state law which requires an inventory of “resource sites” for any species listed under either the federal Endangered Species Act or the Oregon Endangered Species Act. Southern Oregon Coho were federally listed as threatened in 1997, Oregon Coast Coho in 1998 and Lower Columbia Coho in 2005.

Question: How do Oregon’s logging rules for private lands compare to those in other states?

Question: Do rivers and streams on state and private forestlands meet standards under the Clean Water Act?

Answer: Many rivers and streams on state and private forestlands do not meet water quality standards that were specifically designed to protect sensitive aquatic species like coho salmon. For example, approximately, 80% of streams within the Rogue/Siskiyou region of Southwest Oregon that travel over privately managed forested lands have problems meeting standards for stream temperature and sedimentation/turbidity.

Question: What happens now that the petition has been submitted?

Answer: Under Oregon law, the Department of Forestry has 90 days to permit or deny the petition.