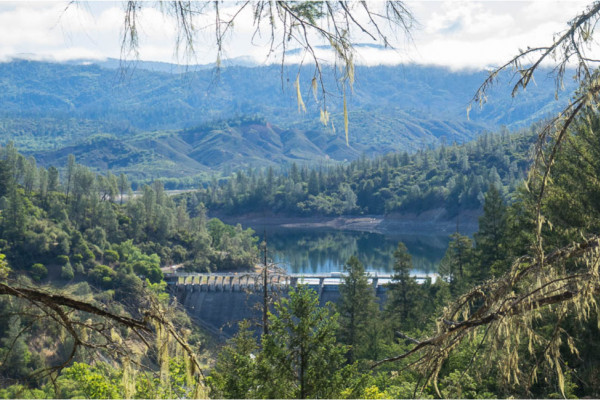 Send us a message about the Eel River Headwaters Campaign

Orphaned Dams on the Eel River

Historically, the Eel River had some of the largest runs of salmonids in California. At present, it has no hatcheries and four out of its five forks are undammed. The main fork has two dams in its...

n northwestern California there are two distinct runs of steelhead, winter-run and summer-run. Winter-run enter freshwater sexually mature, in the late fall through early spring, swim to their...

Looking ahead for the Eel River and the Potter Valley Project

A great deal has happened over the last four years since we started our temperature monitoring work throughout the headwaters of California’s Eel River to prepare for the relicensing of the Potter...

Our goal is to contribute a greater scientific understanding about the area’s potential to serve the temperature-driven life history requirements of native fish in the upper Eel watershed including salmon, steelhead and trout.

For the last four years, our project has collected water temperature data to learn whether the headwater tributaries of the Eel River flowing into the mainstem Eel River above Scott Dam would remain at temperatures suitable for salmonids during warm summer months, if in the future wild salmon and steelhead were to gain access to currently inaccessible but previously occupied headwater tributaries.

About the Eel River

The Eel River is a remarkable, diverse and expansive watershed. It is California's third largest watershed and encompasses a drainage of nearly 3,700 square miles of diverse and rugged terrain. Historically, the Eel River contained the third largest run of salmonids in California, behind the Sacramento and Klamath Rivers, collectively totaling over a million fish returning annually.

The Eel River has historically and is currently heavily impacted by anthropogenic and environmental changes, including agriculture, forestry, dams, irrigation diversions, road building and historic catastrophic flooding. It is unknown to what degree these changes have impacted the normal temperature thresholds in the river, but current observations have identified that each year some parts of the Eel River watershed often exceed temperatures suitable for salmonids (20°C/68°F).

Past observations of the Eel River temperature regime have noted, “Over half of the mainstem and major tributary channels can be considered thermally lethal during some portion of the summer. This was probably true before significant human impact, yet huge salmon populations flourished” (Trush, 1992). As such, any cold, clean source of water accessible, or potentially accessible, to salmonids could be of great benefit to the recovery of threatened populations and may be critical to their long-term survival as they search for cold water refugia given climate change projections over the next fifty to eighty years.

Analysis of our first year of temperature monitoring data conducted from June – October in 2015 and 2016 shows there is significant potential for upper Eel River tributaries to provide important cold water sources offering both suitable and even optimal temperatures for the life history requirements of salmonids during warm summer months, while the mainstem Eel River hovers at temperatures considered lethal for salmonids. According to the National Oceanic and Atmospheric Administration (NOAA), 2015 and 2016 ranked as record (2015) and above average (2016) maximum temperatures for the 122 years that temperature data has been collected.

Our first two years of temperature monitoring data provides an important accounting of the cold-water suitability above Scott Dam, and can provide insight for current management decisions to help support self-sustaining wild salmonid populations in the future. The results of our 2015 & 2016 temperature monitoring efforts identified that almost all of the upper Eel River tributaries we monitored above Scott Dam (excluding the mainstem Eel River downstream of Bloody Rock Roughs, and the lowest reach of Corbin Creek) remained at temperatures suitable for salmonids throughout the warm summer months, and that in those instances where monitors recorded maximum temperatures that exceeded "Suitable for Salmonids <20°C", those temperatures were brief and closely followed by periods of diurnal cooling with temperatures below 20°C within a 24 hour period.

Our 2015 & 2016 results demonstrate there are cold-water sources suitable for salmonids above Scott Dam, and that the upper mainstem Eel is uniquely well suited to provide a buffer against dry and hot years, such as 2015 and 2016. The following report describes our methods, sampling sites, results and discussion for our first two years of data collection. We greatly appreciate the opportunity to share this information to help inform future decisions about the upper Eel River.

How you can help!