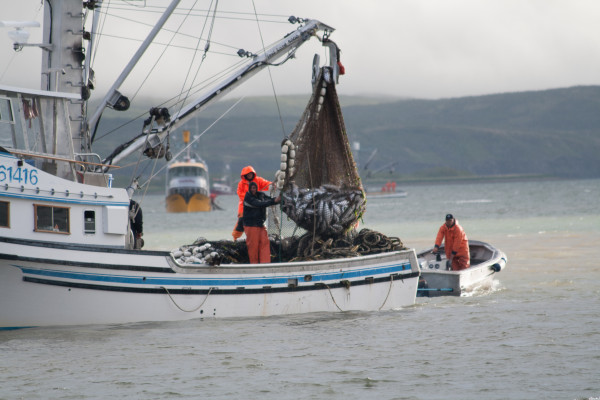 Salmon and steelhead are the only ESA-listed animals that are allowed to be taken for commercial and recreational purposes. The National Marine Fisheries Service is responsible for protection of listed salmon, but in 2005 this agency gave its permission to increase the kill of threatened winter steelhead in the lower Columbia River.

Also, when they were listed as a threatened species, the state of Oregon adopted a directed fishery on coho salmon in two Oregon coast lakes. This is the first time an ESA-listed animal has been hunted before it was fully recovered and removed from the ESA protections.

Based on a simple industrial model, fish agencies release hatchery salmon to be harvested. Even if the habitat were in good shape to support healthy wild salmonids, the actions of these agencies undermine that with their hatchery and harvest programs. Reforming fish agencies so that they include in their mission the protection of native, wild fish is to reverse over 150 years of investment and commitment to hatcheries to solely satisfy harvest and consumption.

Harvest must also support the reproductive capacity of wild salmon runs in every river. This means the abundance, distribution, nutrient requirements, genetic diversity, and life history attributes of each population has to be determined and maintained.

When wild populations are co-mingled with hatchery fish the wild fish are over-harvested. When this occurs, the agency’s answer is to simply release more hatchery fish. Obviously, this policy spirals inevitably towards failure.