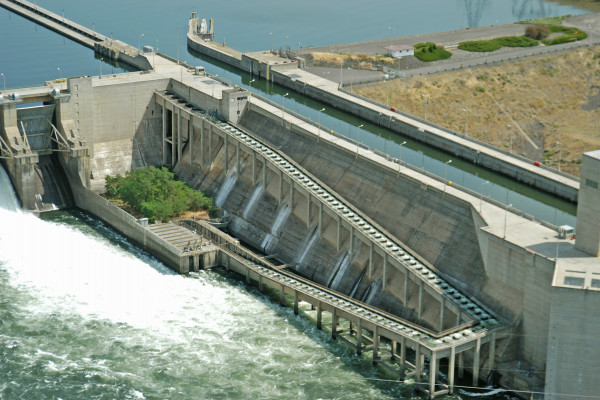 Native Fish Society's next Lunch & Learn will take place at a special time this week: 7:00 pm, making it more of a Dinner/Drinks & Learn rather than our typical Lunch & Learn...

Join fellow environmental advocates at a public hearing to urge federal agencies and our state and federal elected officials to restore salmon runs in the Columbia River by removing the Snake River...

The Native Fish Society provides a grassroots watchdog presence with agencies that have authority over the life cycle of native fish. These state and federal fish and wildlife agencies include Oregon Department of Fish and Wildlife, National Marine Fisheries Service, U.S. Fish and Wildlife Service, as well as the Bonneville Power Administration and the NW Power and Conservation Council.

We focus on these agencies because collectively they set fish recovery policies, hatchery construction and operations, monitor and evaluate fish projects, and supply hundreds of millions of dollars into these projects.

We focus on these agencies to make sure that policies are adopted, as well as implemented, to protect native fish. For instance, many recommendations set fourth in peer-reviewed literature on hydroelectric dams have yet to be followed.

Oregon’s native wild salmonids have been verifiably ignored by fish management agencies which are not structured to maintain biological diversity. It was not until the Native Fish Society played a leading role in securing salmon and steelhead protections under the Endangered Species Act that state and federal agencies began to shift programs in favor of native fish. Such change is little, slow and begrudged.

As evidence, recall above that in 2005 Oregon and Washington, with the compliance of NMFS, tried to increase the kill of ESA-threatened winter steelhead solely to provide more harvest for the commercial fishery on the lower Columbia River. Again, it was NFS that presented vital testimony that convinced the commissions to reject this proposal. We provided information that showed that the wild winter steelhead population was clearly not viable.

To improve chances for success, we frequently team with other respected conservation groups including Trout Unlimited, Washington Trout, McKenzie Fly Fishers, Federation of Fly Fishers, and Northwest Steelheaders. This group, called the Fish Cons, meets once a month to coordinate efforts. Through Fish Cons, each group increases its capacity to be successful in achieving its own goals, as well those of the group.