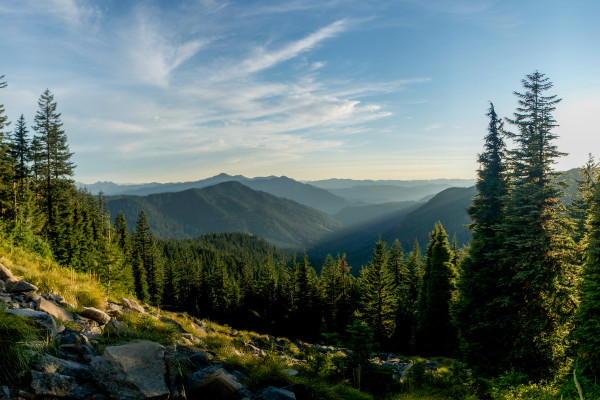 Send us a message about the North Santiam River

What's Happening on the Willamette

Looking out across a barren landscape of thick mud dotted by boulders and tree stumps, you might perceive a scene of destruction, but to Native Fish Society Conservation Director Jennifer...

Win on the Willamette! ​Judge Issues Injunction to Save Willamette River Chinook Salmon and Winter Steelhead

The North Santiam River rises in the high Cascades in eastern Linn County, northwest of Three Fingered Jack in the Willamette National Forest. It flows north through the mountains past Marion Forks, receiving the drainage from the western slope of Mount Jefferson. Near Mount Jefferson it turns sharply west and descends through the canyon past the cities of Idanha and Detroit.

The river is impounded at the Detroit/Big Cliff dam complex and marks the natural end to upstream migration of anadromous fish species. Continuing west, the river flows past Gates, Mill City and Mehama. It is joined by the Little North Santiam River, a freestone river originating in the Opal Creek Wilderness area.

Want to take a virtual tour and learn about the issues on the North Santiam? Click this North Santiam River Tour link to download a compressed .kmz file that can be uploaded to Google Earth. Note: Google Earth app or plug-in, and software to decompress files are both required.

The North Santiam is host to a variety native fish species: Rainbow Trout, Cutthroat Trout, Mountain Whitefish, Winter Run Steelhead and Spring Chinook Salmon. Historically it once produced more salmon and steelhead than any Willamette tributary, fully two-thirds of the Willamette’s winter steelhead and a third of its spring Chinook. Roughly 20% of all returning Spring Chinook are wild, the remainder of the run is comprised of hatchery raised fish.

A large portion of the Winter Steelhead bound for the North Santiam use the unimpeded Little North Santiam (and other tributaries downstream of Detroit/Big Cliff) for spawning and rearing habitat. Studies have shown that a fair percentage of the adult steelhead kelt and return to the ocean, upwards of 25%!

Bull Trout once inhabited the river system, but are thought to have been extirpated sometime in the early 1970’s.

Major reconstruction of the Minto Fish Trap Facility just below Detroit/Big Cliff dams was completed in 2013 at a cost of over $28 million. Native species (Spring Chinook and Winter Steelhead) will be trapped and hauled above the dams and have access to historical spawning habitat. Downstream passage issues are yet to be resolved.

Coho salmon, not native to system, have begun showing up in substantial numbers in the past decade. Remnants of a short lived hatchery program in the 1960’s, these fish have found a way to gain a foothold and are now self sustaining. Their impact on native Winter Steelhead is of concern and very little is known about potential ecological problems they may create down the road.

Hydropower: Detroit dam was listed as # 6 on the ODFW 2013 Statewide Fish Passage Priority List – Group 1/Top Tier, while Big Cliff dam made it on the list at # 13 – Group 2. Upstream Passage above Detroit/Big Cliff dams is currently proposed as a “trap and haul” program, where they trap adults at the base of the dam and truck them past the Detroit/Big Cliff dam complex to release into the upper waters. The NMFS 1998 BiOp mandates downstream passage for juvenile fish by 2023. A recent joint study by the ACOE and OSU (2009-2013) proved that downstream passage of the current structures is not viable and an alternative must be created.

Habitat: Agroforestry (Private / State Forest Land) and Mining (small scale/recreational) operations are a continual threat to wild species. Current Forest Practices Regulations are outdated and need revision. Very few, if any, regulations are in place for recreational mining in the upper reaches of the river system, and water quality and quantity work has been stalled.

Hatchery: The North Santiam is stocked annually with approximately 700,000 hatchery raised spring Chinook (N Santiam Broodstock) and 150,000 hatchery raised summer steelhead (Skamania Broodstock). Competition for food sources, rearing habitat, spawning habitat and interbreeding are all concerns. Coho salmon runs, not native to the Santiam River system, have increased in the past decade. Little is known at this point how their increased presence in the system will impact wild steelhead. The nutrient increases from post-spawn carcasses will be beneficial, but ecological impacts including competition for spawning areas and juvenile rearing habitat will likely have a negative impact.

Numerous conservation projects over the past few years have been completed:

Western Rivers Conservancy, working with the Confederated Tribes of Grande Ronde, BPA and ODFW completed a project to conserve 2 miles of river frontage (338 acres) downstream of Stayton in 2013. In 2015, the group secured an additional 91 acres and ½ mile of main stem and side channel habitat. WRC conveyed the lands to the Tribe for stewardship. An expansion of this project is ongoing with hopes to secure an additional 411 acres upstream to conserve another 3 miles of main stem frontage.