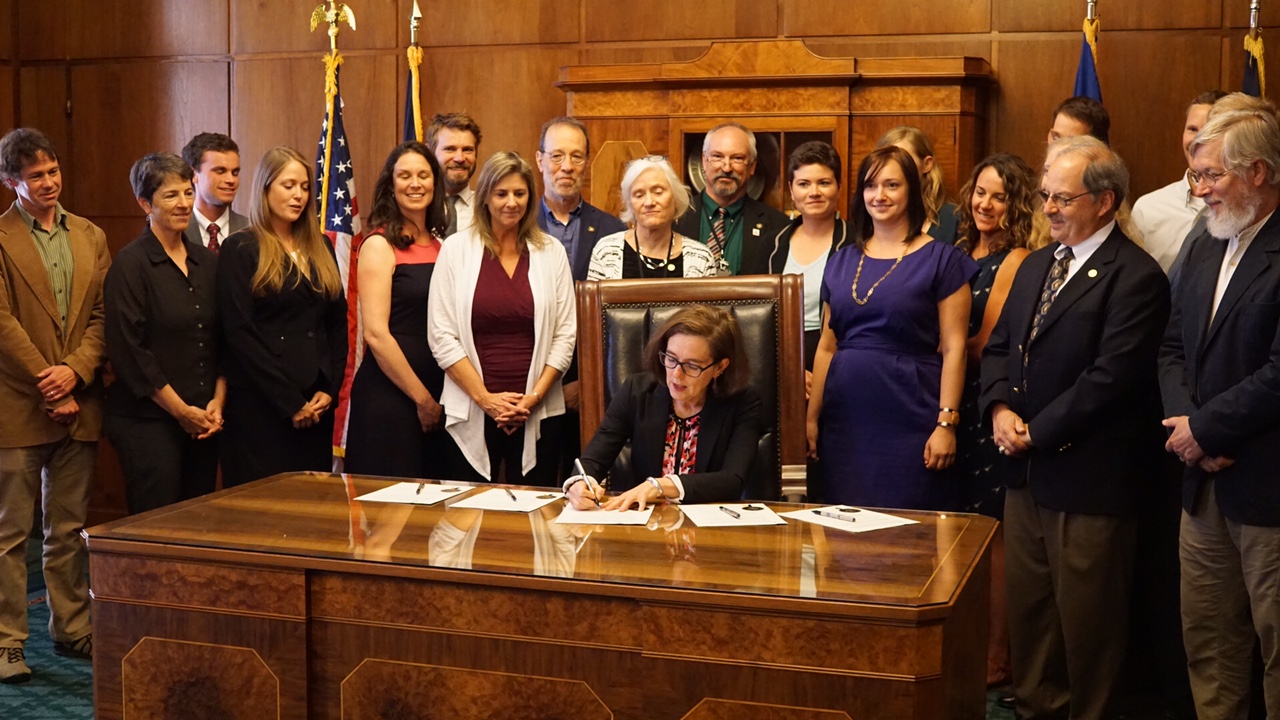 The Suction Dredge Reform bill works to protect clean and healthy rivers that support vibrant recreation and the commercial fishing industry. River Steward Charles Gehr notes: “Clean water and healthy salmon define our state and the rivers we love. The recreation industry is a vibrant and sustainable economic model for Oregon and this bill helps protect the streams that are the most vulnerable to suction dredge mining impacts.”

Thank you to everyone who testified in front of the legislature, signed action alerts, and supported our work. With your help Oregon’s sensitive salmon, steelhead, and lamprey received permanent protection from suction dredge mining -- safeguarding over 20,000 stream miles of fish habitat 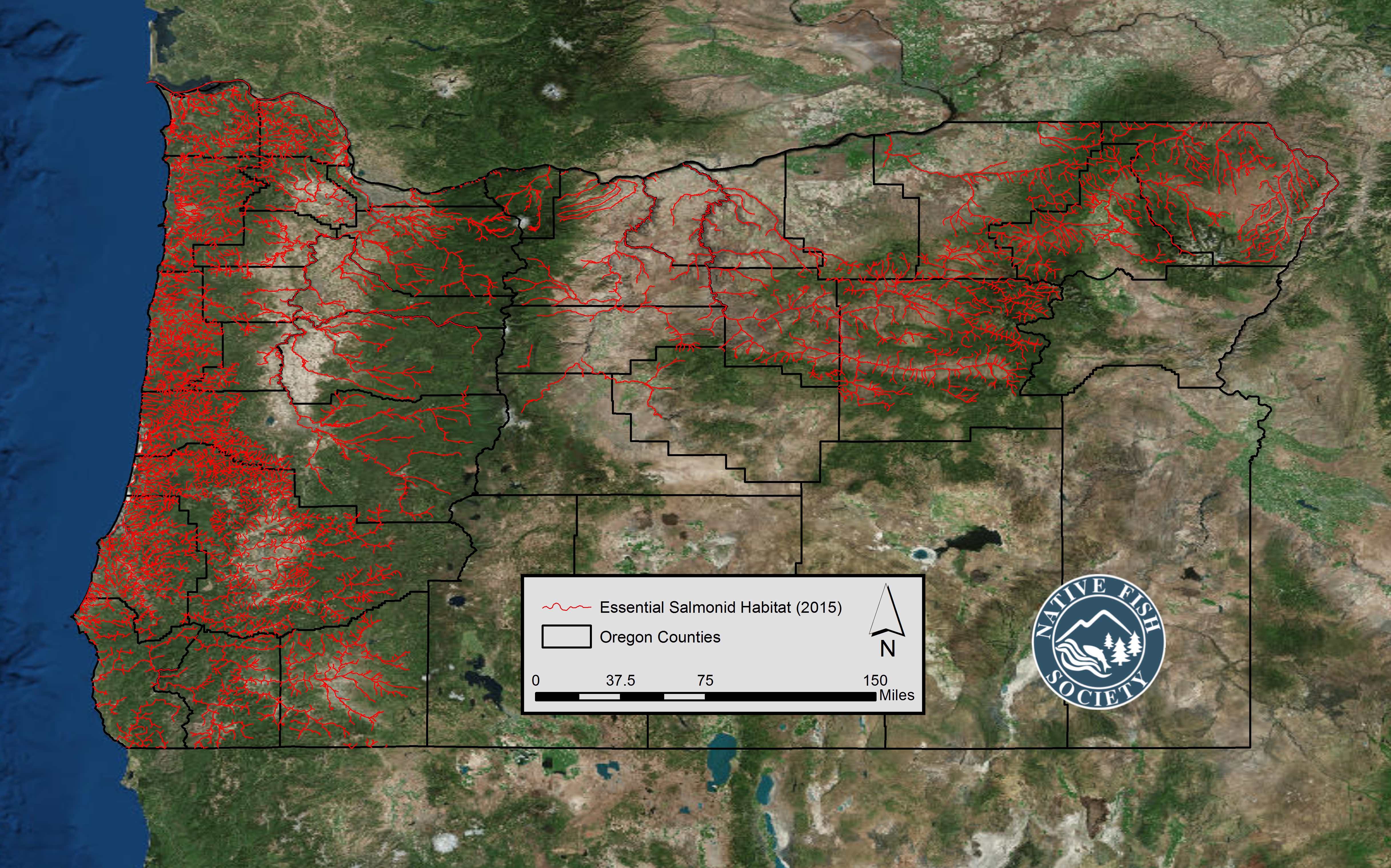 The passage of SB 3-A into law is a watershed moment for Oregon in the effort to protect and recover the state’s iconic wild fish, and we’re grateful for the dedication and years of hard work from our grassroots River Stewards, especially South Umpqua Steward Stan Petrowski, Rogue Steward Charles Gehr, and North Santiam River Steward Dave Carpenter who worked with a broad coalition across the state to secure this win for wild fish and clean water. 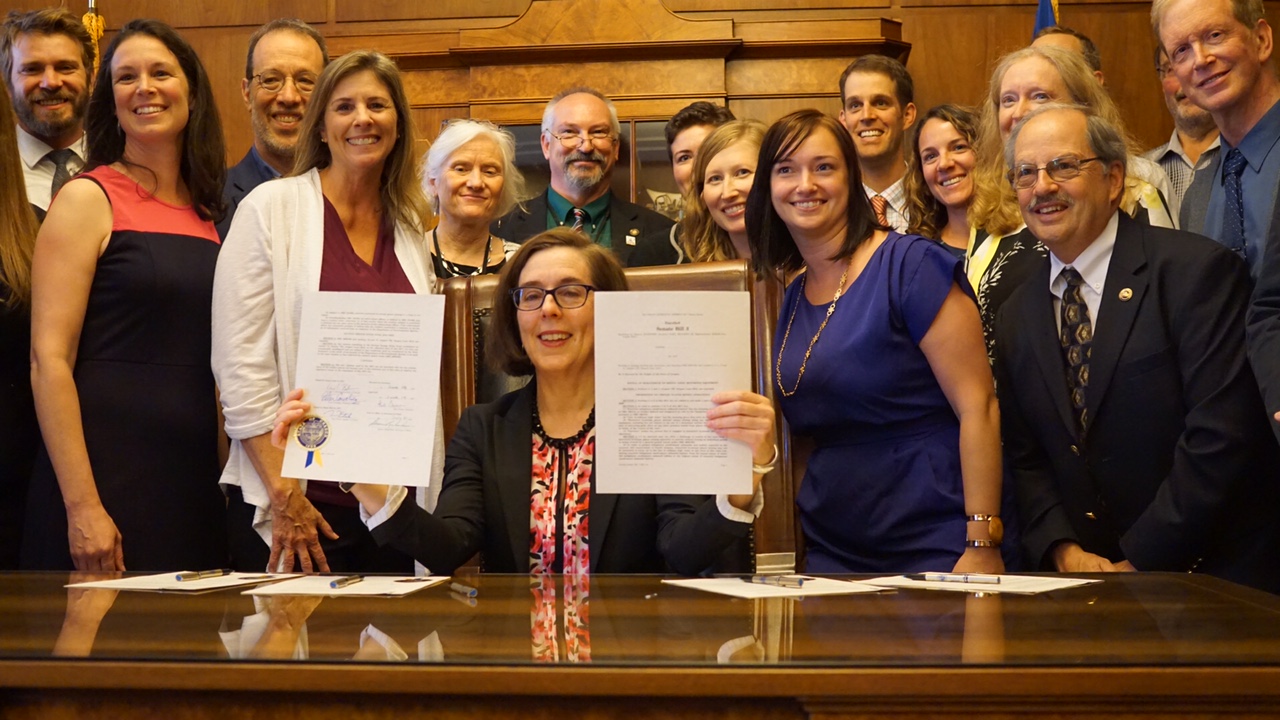 We would like to extent a special thank you to the legislative champions who helped get this bill over the finish line this session, including Rep. Helm, Rep. Power, Rep. Marsh, Rep. Gorsek, Senate President Courtney and Senator Dembrow, in addition to Governor Brown for signing this bill into law. 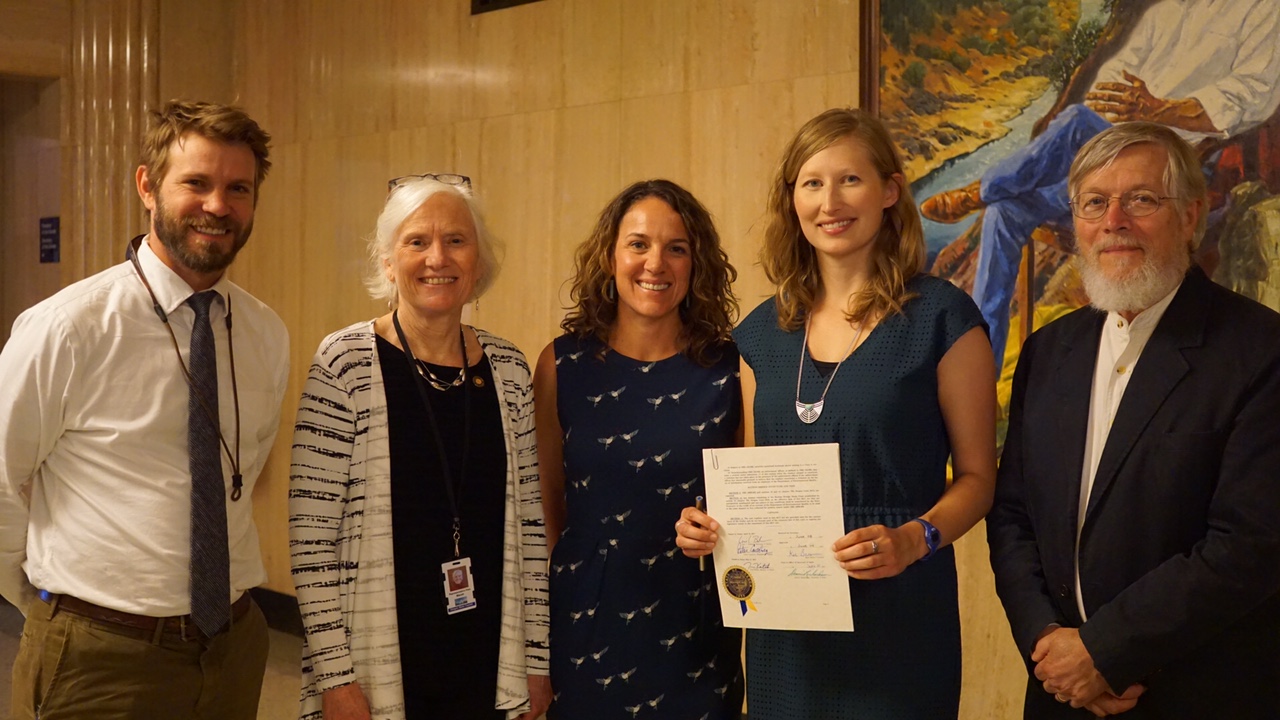 Suction dredge mining is a practice in which miners use a floating, gas-powered vacuum attached to a sluice box to look for gold in rivers and stream channels. The activity involves vacuuming up river bottoms and running the sediment through a mechanized sluice that separates out gold flakes from other rocks and minerals. The sediment is then released back into the river, causing turbid plumes of fine sediment and threatening water quality and sensitive populations of wild, native fish and their habitats. 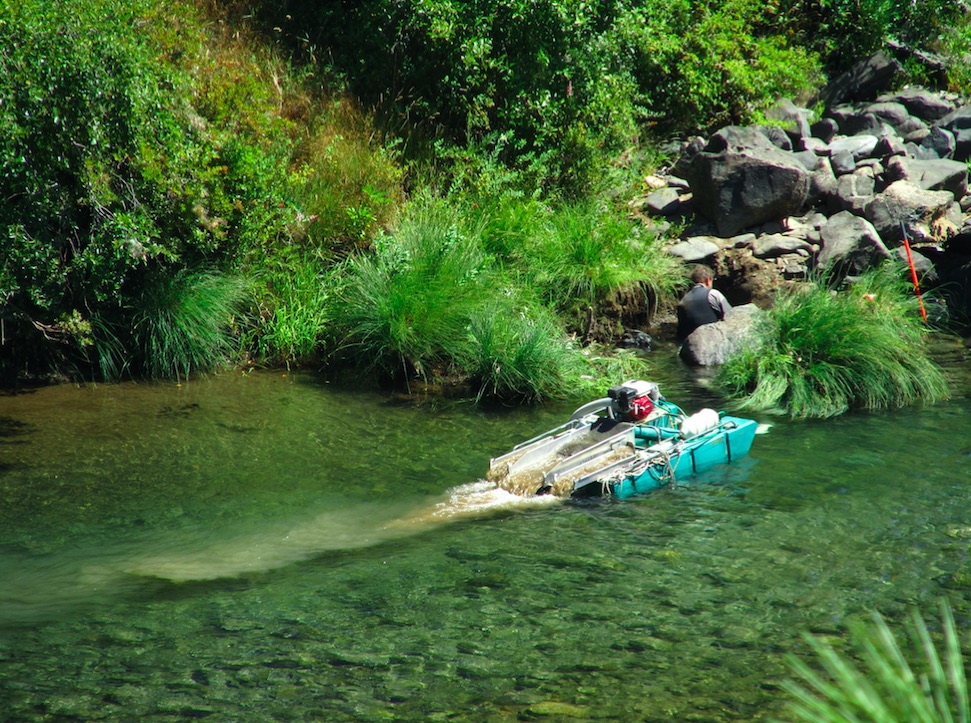 The negative effects of suction dredge mining have been well documented, in which a multitude of peer-reviewed studies have identified that this practice can trap and kill aquatic insects, fish eggs and juvenile fish, and negatively alter salmon habitats.

Suction dredge miners have removed trees in riparian areas that shade and cool streams and provide critical aquatic habitat. On the South Umpqua River, suction dredge miners illegally removed or altered habitat restoration improvements that were paid for with millions of public tax dollars invested to restore stream complexity and aquatic refugia for species of concern, such as spring Chinook salmon.

In addition, suction dredge mining can stir up legacy deposits of mercury left from historic mining operations, and put rearing juvenile salmon and trout at risk from exposure.iv A 2015 US Fish and Wildlife study reported that “fish metabolic processes are not effective at processing and eliminating methylmercury, and at certain tissue concentrations, methylmercury can negatively impact behavior, health and reproductive success."

This activity has also been identified as a threat to lamprey throughout all their different life stages, from adults, to embryos and ammocoetes, which are particularly sensitive to this harmful activity by being passed through the dredge, destruction of their nests (or redds), and displacement and degradation of their rearing habitats. Furthermore, the different life histories of lamprey can mean that they are present in the river system at different life stages for up to 7 years, and continued disruption of their habitat can have lasting negative effects and be detrimental to these populations.