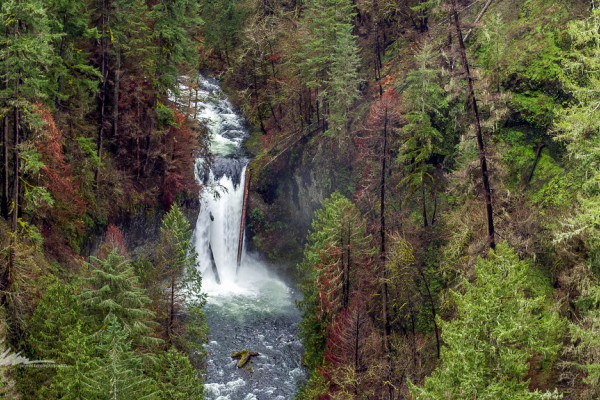 Send us a message about the Clackamas River

Over the last month, we longed to connect to our communities. Wild salmon and steelhead also share that longing to connect to their homewaters. Unfortunately, in Oregon’s Willamette River Basin,...

A flurry of public meetings about the future of Oregon's Willamette River basin are scheduled to take place over the next couple of weeks. The U.S. Army Corps of Engineers (the Corps) will be...

A flurry of public meetings about the future of Oregon's Willamette River basin are scheduled to take place over the next couple of weeks. The U.S. Army Corps of Engineers (the Corps) will be...

The Clackamas River basin, made up of 16 sub-watersheds, drains an area of about 940 square miles (2,400 km2). Most of the upper half of the basin lies in rugged, heavily forested terrain within the Mount Hood National Forest, managed by the U.S. Forest Service, while most of the lower watershed, partly agricultural and more heavily populated, is privately owned. Private timber companies own some of the land between the national forest and the lower watershed, and some of it is public land managed by the Bureau of Land Management. Roughly 72 percent of the watershed is on public land; 25 percent is private, and 3 percent is owned by Native American tribes. The watershed’s estimated population in 1995 was 63,702.

The Clackamas River supplies drinking water to more than 200,000 people. The City of Estacada, Clackamas River Water, the combined Oak Lodge Water District and Sunrise Water Authority, the South Fork Water Board, and the City of Lake Oswego all draw water from the Clackamas.

The Clackamas River Basin Council, with diverse representatives from over twenty stakeholder groups, fosters partnerships with organizations and private individuals to advocate natural resource conservation and preserve the watershed for future generations. Stakeholders include (but are not limited to) those involved in agriculture, education, fish and wildlife, hydropower, recreation, timber production, and government agencies.

The Clackamas is home to the last significant run of wild late winter Coho in the Columbia Basin. The wild late run Coho generally spawn on the mainstem of the Clackamas above the North Fork Reservoir. The watershed has one of only two remaining runs of spring Chinook in the Willamette Basin. The Clackamas also supports a significant population of winter Steelhead, Cutthroat Trout and native Lamprey.