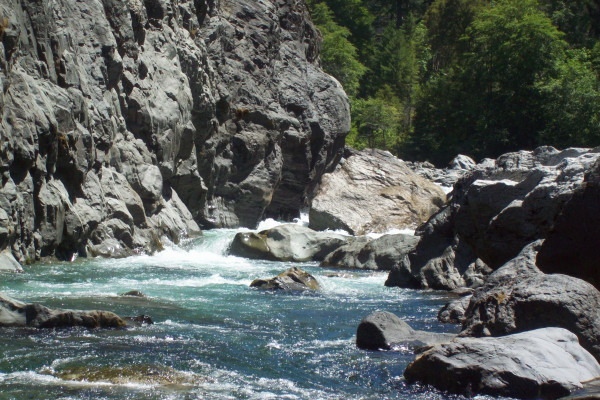 Send us a message about the Illinois River

Over the past two years, Native Fish Society has been neck-deep in the creation of the Rogue South Coast Multi-Species Conservation Management Plan (RSP) advocating for science based fisheries...

On Friday December 17th 2021, Oregon Department of Fish and Wildlife (ODFW) Commission voted 5-2 to continue the harvest of wild Winter Steelhead as part of their adoption of the Rogue South Coast...

Since 2017, fishing guide Harvey Young, local River Stewards, and other grassroots advocates have advocated for the sustainable management of wild steelhead in Southern Oregon - the only place in...

The Illinois River, a tributary of the Rogue, is roughly 56 miles long and flows in a winding northwest course. The river basin covers approximately 983 square miles. It is somewhat of a reversed river in that it originates high up in the Siskiyou range of Oregon and Northern California before it snakes through the alluvial plains of the Illinois valley after which it takes on much rougher characteristics. It plummets over the Illinois Falls a few miles northwest of Kerby and through the remote Illinois River canyon which is a popular rafting and kayaking destination containing several class 4 and 5 rapids. It flows through the Siskiyou National Forest and Kalmiopsis Wilderness and joins the Rogue River at Agness just 27 miles from the Pacific Ocean. Roughly 50 miles of the lower river were designated Wild and Scenic in 1984. The designation begins downstream from Kerby as it enters the Siskiyou National Forest and continues to the confluence with the Rogue.

The river hosts significant runs of winter steelhead, Coho salmon, fall Chinook, sea-run cutthroat, resident cutthroat, and lamprey. Summer steelhead do hold in the lower river, but do not spawn or rear in the Illinois system. Hatchery origin salmon that stray into the river seem to be held up by the long canyon and the difficult Illinois River Falls, not allowing them to reproduce in the upper basin. There has never been a major hatchery operation in the Illinois basin, thus the salmonid populations native to this area may be among the most genetically intact of any major populations in the Pacific Northwest.

The significant limiting factors of this basin include former mining and logging practices which have affected spawning grounds on many major Illinois tributaries and the mainstem. There have been widespread channel modifications and reductions in stream complexity. Many of the watersheds in the larger Rogue River basin share the issue of low stream flows and higher temps in the summer. Much of the Illinois and its tributaries suffer from over-appropriated water and draw down during the difficult summer months. Also, the diversions utilized in irrigation often create impassable barriers to migrating fish into and out of important tributaries. Habitat and water quality continue to be threatened with the existence of animal feedlots and the runoff involve with continued growth of rural residential development.