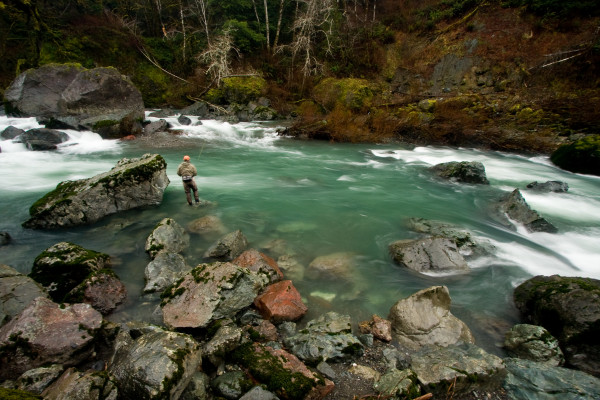 Send us a message about the Wild Rivers Campaign

This week, River Stewards and NFS members are applauding U.S. Senators Ron Wyden and Jeff Merkley from Oregon for their re-introduction of legislation to help boost recreation and advance key river...

There is much to celebrate about this year’s forecast for close to a half million wild fall Chinook salmon returning to the Rogue River in Southern Oregon. At a time when we hear more about the...

Together Against The Mines - A River Steward Story from Zangs Films on Vimeo.

On January 12, 2017 the BLM and Forest Service announced a 20-year mineral withdrawal for 101,000 acres of southwest Oregon.

What does this mean? The Assistant Secretary's signature is the culmination of years of grassroots work including thousands of letters and phone calls, 75,000 supportive comments, 3 packed public hearings, dozens of letters to the editor, house parties, and community presentations which thankfully transformed into two decades of protections from industrial strip mining for 101,000 acres of rugged public lands. These protections extend across the headwaters of the federally designated Wild and Scenic Smith and Illinois rivers as well as free-flowing Hunter Creek and Pistol River. Taken together, these protections will safeguard water quality and habitats for over a dozen remarkable wild salmon and steelhead populations, including threatened coho salmon, returning home to the most intact coastal ecosystem in the lower 48 states.

Mining companies want to develop nickel strip mines in the pristine headwaters of the Wild and Scenic Smith and Illinois Rivers in southwest Oregon. Nearby Hunter Creek and Pistol River are also threatened! These watersheds are home to wild, native fish including salmon, steelhead, pacific lamprey, eulachon and sturgeon.

The proposed withdrawal includes the headwaters of three National Wild and Scenic Rivers that serve as vital strongholds for wild, native fish. Three of these watersheds are free of any hatchery salmonids: Hunter Creek, Pistol and Illinois rivers, making them increasingly important as protectors of diverse and unique salmon and steelhead genetics.

The Forest Service and BLM are asking the Department of Interior to protect roughly 100,000 acres of public land by withdrawing the land from mining for five years while Congress considers legislation—the Southwestern Oregon Watershed and Salmon Protection Act—for more lasting protection. The mineral withdrawal will protect against new mining claims and require existing claims to undergo a test to determine validity.

Red Flat Q & A from Native Fish Society on Vimeo.