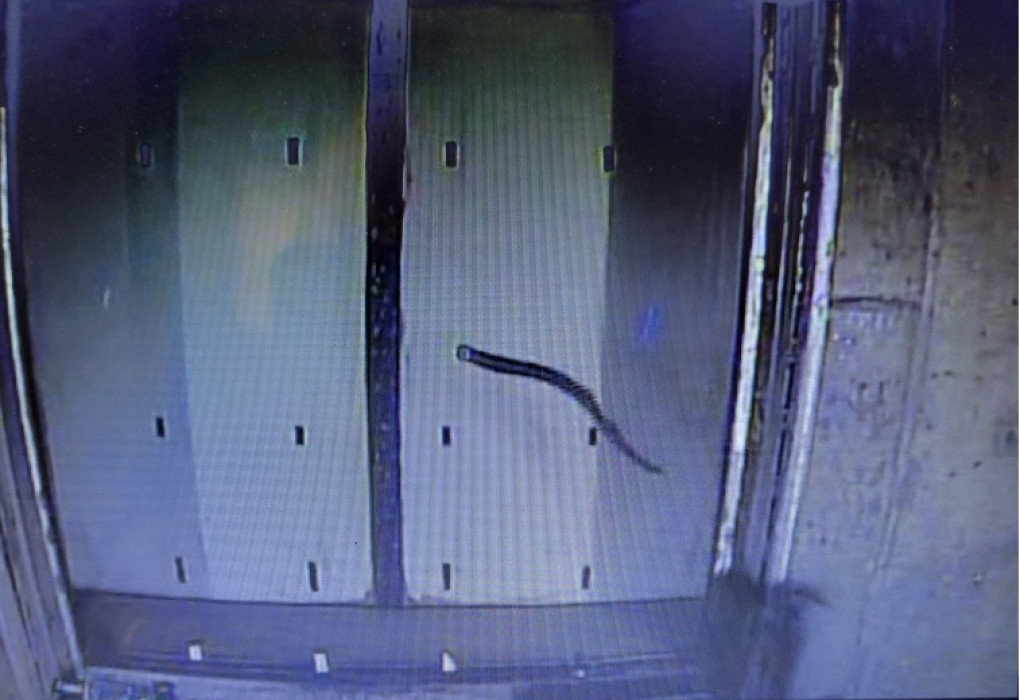 A long-anticipated event had hydro scientists high-fiving along the North Umpqua River July 22. Video cameras caught the first Pacific lamprey to pass upstream through the fish ladder on the Soda Springs Dam since the ladder opened in 2012.

It was likely the first lamprey to pass Soda Springs since the dam was commissioned in 1952.

“This is the news I’ve been waiting for since the ladder was installed,” said Kelly Coates, Natural Resources Director for the Cow Creek Band of Umpqua Tribe of Indians, and Tribal Co-Chair of the Pacific lamprey Conservation Initiative. https://www.pacificlamprey.org/

The fish ladder, which hundreds of salmon and steelhead have been using to pass Soda Springs Dam each year since the facility was built, was designed with lamprey in mind. The project features a continuously sloped, smooth concrete floor and long smooth curves at each turn and underwater edge. This allows lamprey to use their suction-disk mouth to hold position in the ladder between swimming bursts.

Lamprey are an ancient species that have evolved along with salmon in the Pacific Northwest. They are culturally important to Northwest tribes, and play a role in filtering water and providing nutrients to the river ecosystem.

Young lamprey live in river sediments for 5-10 years filter-feeding on tiny items before they smolt and, similar to salmon, migrate to the ocean to grow and then return as adults to spawn.

To support that natural life cycle, the lamprey need to be able to travel through dams like Soda Springs. “That’s why it’s so satisfying to see this first lamprey,” said PacifiCorp environmental scientist Rich Grost. “There are very few records of lamprey in the Soda Springs area – 180 miles from the ocean – so to see one joining all the salmon and steelhead using our ladder is a special reward after decades of effort.”