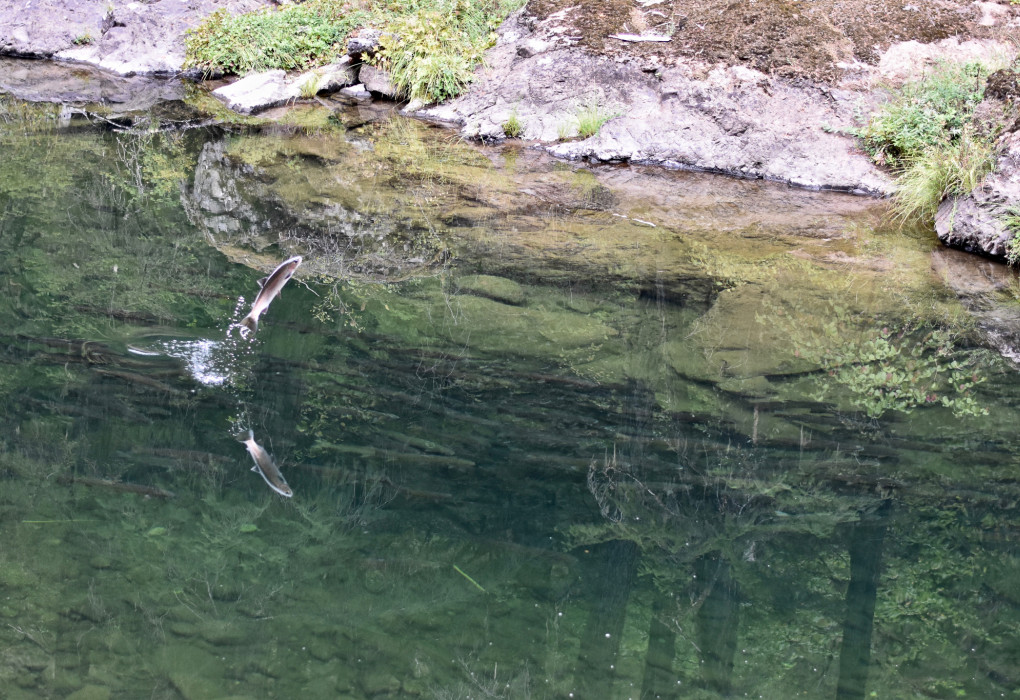 ASTORIA, Ore. - Today, after four hours of presentation, comment, and deliberation, the Oregon Fish and Wildlife Commission voted to end the summer steelhead hatchery program on the North Umpqua River. By beginning the transition to an all-wild-fish management strategy, the Commission has protected imperiled wild summer steelhead from the negative impacts of hatchery fish.

“We are thrilled to see the Commission end the hatchery summer steelhead program,” Steamboaters Board of Directors Member Karl Konecny said. “The continued presence of hatchery fish on the spawning beds would have slowed the recovery and depressed the eventual size of the wild steelhead run.”

“We’re fortunate that both the Commission and ODFW are stepping up and protecting these fish when they need it most,” Native Fish Society Executive Director Mark Sherwood said. “But we don’t take this lightly. As a coalition, we’re committed to reviving these fish and restoring this fishery. And the way to do both is by focusing our efforts on the revival of wild populations and the habitats that sustain us all. I’m looking forward to the day when wild steelhead are so abundant in the North Umpqua that anglers can legally bring a fish home and share it with their family and friends. Thanks to the Commission’s courageous decision today, I think we’ll get there.”

Unlike their declining summer counterparts, the North Umpqua boasts the healthiest wild population of winter steelhead on the entire Oregon Coast. That run’s strength is thanks in part to the absence of a hatchery program.

“In recent times, science has taught us a great deal about steelhead and how the seasonal runs are genetically distinct from one another. While the North Umpqua winter steelhead run appears healthy, the genetically distinct summer steelhead simply is not. We expect the actions taken recently to help, but we must maintain a careful eye on these important fish and continue to fight for their existence. As a society, we cannot afford to lose them,” said Mike Morrison, President of Pacific Rivers.

The North Umpqua Coalition and wild fish advocates throughout the Pacific Northwest owe the Commission a debt of gratitude for taking action on behalf of this iconic run and the future of this legendary fishery. For our part, we remain committed to working with ODFW, the local community, and respective Tribal Nations to revive wild summer steelhead so that current and future generations can enjoy the fish that embody the wild and rugged spirit of the North Umpqua River.

"We are grateful the Commissioners recognize the importance of wild summer steelhead of the North Umpqua River and took such bold and necessary action. We remain committed to assisting with habitat restoration, addressing predation issues, and ensuring the North Umpqua River is a place that these fish can continue to call home for future generations," says Jennifer Fairbrother, Conservation Director for the Native Fish Society.

“I never thought this would happen in my lifetime. I’m sure that somewhere Frank Moore is dancing and singing!” Tim Goforth, former Steamboaters President.

“The Oregon Council of Fly Fishers International, Inc. (ORCFFI) is grateful to the ODFW Commission for their decision to eliminate the summer steelhead hatchery program on the North Umpqua River. The Council believes this will aid in the recovery of this declining wild population. The Council's goals are to preserve wild steelhead genetic and life history diversity and to restore wild steelhead stocks to historical abundance through habitat restoration and reductions in the scope and magnitude of hatchery stocking practices. Many thanks to the Commission, the Department, and the staff for all they do to protect and preserve our land and wildlife. The Council is also indebted to the North Umpqua Coalition for all the time, effort, and research that contributed to the Commission's decision. Thank you."