Victory for Wild Fish on the Sandy River 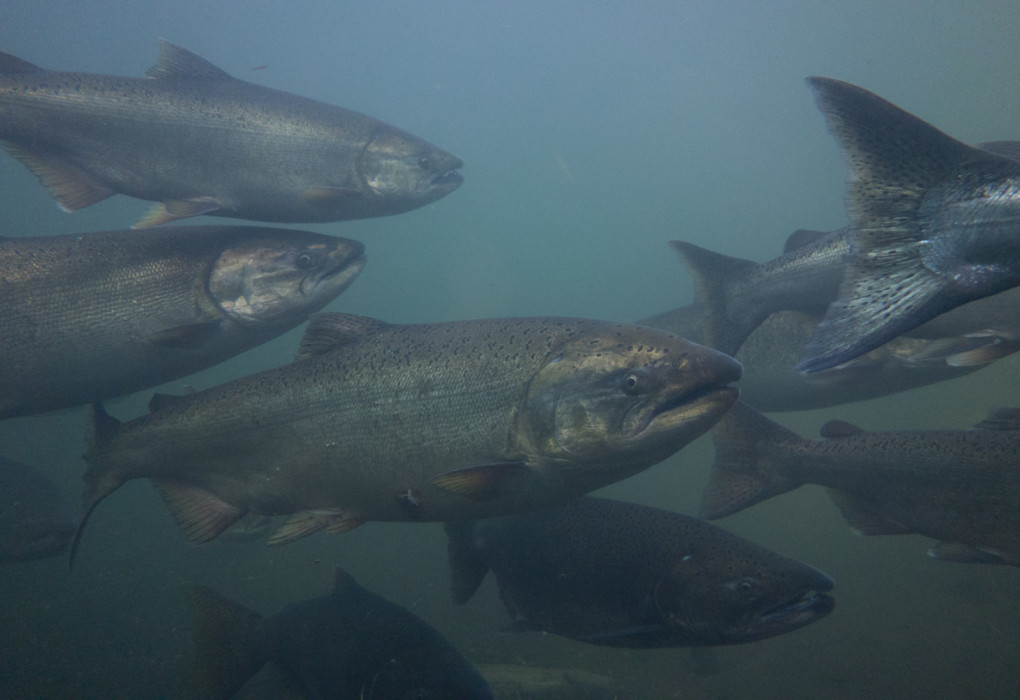 Victory for Wild Fish on the Sandy River

January 17, 2014 (Portland) — “It is undisputed that hatchery operations can pose a host of risks to wild fish...it is clear that the Sandy River Basin is of particular importance to the recovery of the four [Endangered Species Act] listed species and is an ecologically critical area” wrote federal Circuit Court Judge Ancer Haggerty in his ruling yesterday that the National Marine Fisheries Service violated the Endangered Species Act and the National Environmental Policies Act when it approved the State of Oregon’s management of the Sandy River Hatchery.

Native Fish Society, an Oregon City-based conservation group working to recover self- sustaining populations of wild fish throughout the Northwest, along with Eugene-based McKenzie Fly Fishers, sued NMFS in a last ditch effort to prevent the extinction of Chinook, steelhead and coho in the Sandy River. The populations had declined to less than 1000 wild steelhead and coho and only 1300 wild spring Chinook. The State of Oregon had received NMFS’ blessing under the Endangered Species Act to continue to drown the river with over a million hatchery fish. The judge found fault with NMFS because it “treats the success of the [hatchery] programs as a given, an issue called into doubt by ODFW’s miserable track record of containing stray rates.”

“The science is irrefutable. The law is irrefutable. And, Judge Haggerty affirmed this. It is the most significant decision benefitting wild fish in Oregon in over a decade,” said Mike Moody, Executive Director of Native Fish Society after hearing the ruling. “Hatchery fish cause significant ecological and reproductive problems for wild fish. There is no evidence that hatcheries have been effective in the recovery of wild populations. In fact, the evidence shows they foster a slow march toward hatchery-induced extinction. The Oregon Department of Fish and Wildlife cannot claim ignorance of this when some of the most significant studies were authored by past and current employees.”

Bill Bakke, Director of Science and Conservation for Native Fish Society said, “As a grass roots advocacy organization, we see it as our responsibility to ensure that laws such as the Endangered Species Act are followed. We have spent the 17 years of this organization’s existence working with ODFW to restore wild fish runs to sustainable, harvestable levels in the Sandy River. Instead, our efforts were met with plummeting fish populations while ODFW and NMFS pumped out hatchery fish and papered over the problem. Someone had to step up and say we are not going to allow you to push these fish into extinction.”

The Native Fish Society and McKenzie Fly Fishers argued that NMFS should have analyzed a broad range of alternatives and prepared an Environmental Impact Statement under the National Environmental Policy Act. The groups also argued that the agency allowed too many hatchery fish to interbreed with the wild fish, and that weirs and acclimation ponds - man made structures in the river that were supposed to prevent the interbreeding – were not likely to succeed so NMFS was wrong to approve them under the Endangered Species Act. Judge Haggerty agreed.

“Today is a great day to be a wild fish in the Sandy River” said Bakke.

"As anglers and as citizens, we take the long term view that the top priority of fishery managers should be to preserve and enhance our native fish populations so they remain available to future generations. The science is clear that this goal won't be achieved using current hatchery practices. We are gratified that the court agreed that business as usual is not only unacceptable, but as we maintained, in this case violated the law," said Arlen Thomason, Conservation Chair for the McKenzie Flyfishers.

Native Fish Society and McKenzie Flyfishers are represented in this case by Portland lawyer Dave Becker and Pete Frost of the Western Environmental Law Center in Eugene.

Native Fish Society launched the “Save Sandy Salmon” campaign in 2011 and asserts: