Where Are Willamette Winter Steelhead?
Posted on: February 24, 2017
Donate

Where Are Willamette Winter Steelhead?

Fish passage counts at Willamette Falls have everyone worried, and wondering, what happened to threatened Willamette winter steelhead this year. Biologists with the Oregon Department of Fish and Wildlife are noting a significant decline, with only approximately 20% of the 10 year average returning year-to-date. Data available from NOAA indicated that between 1998 and 2008, populations were low but stable. 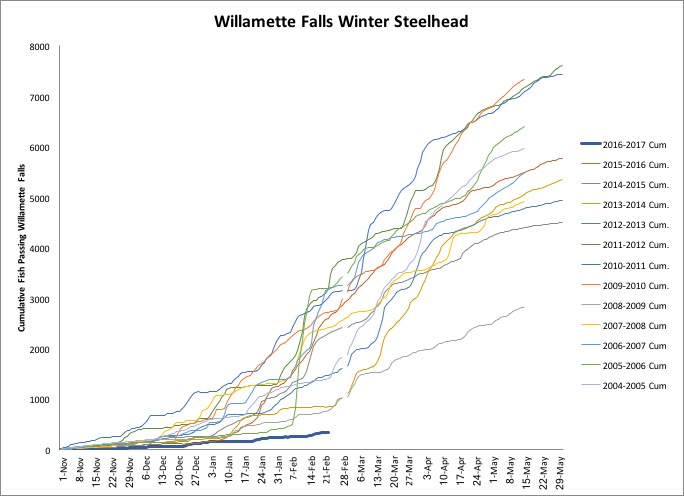 Theories for the low numbers include unfavorable drought conditions encountered by out-migrating smolts in 2015 and poor ocean conditions caused by "The Blob" and El Nino. While there is not a directed fishery on Upper Willamette Winter Steelhead, they have been known to be intercepted in recreational and gillnet fisheries downstream. It is still too early to tell, but these fish may be an indicator for what is to come with the low returns of Spring Chinook, and downgraded predictions for next years Fall Chinook. We'll be watching closely. 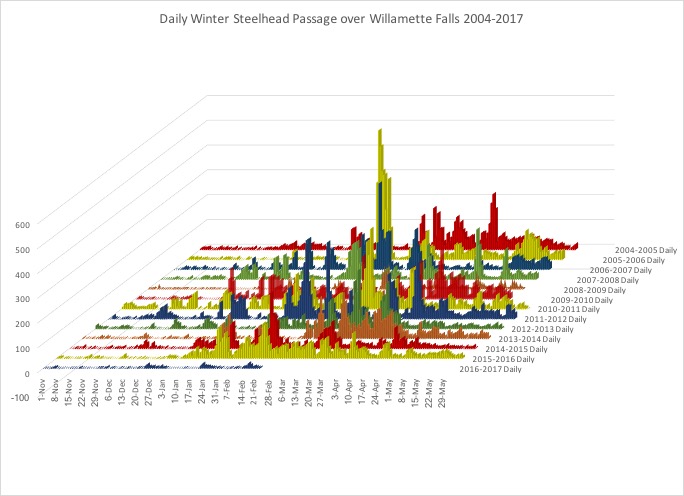 In the mean time, we encourage everyone to take the upmost care if a Willamette Winter Steelhead is encountered. Currently, it is still legal to fish for this sensitive stock, and with the barbless hook rule being removed from the lower Willamette this year, the possibility of unintended mortality is high.