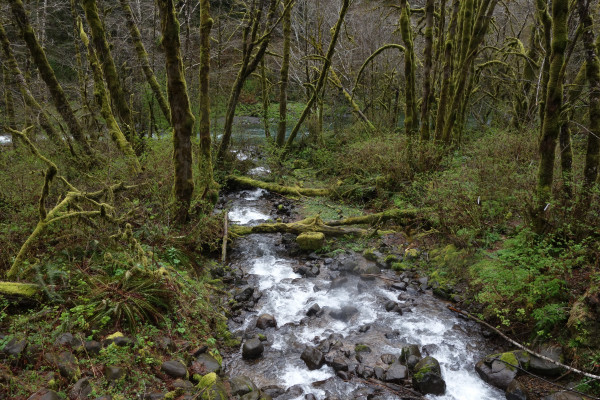 Send us a message about the Trask River

Speaking up for our Homewaters

Jeff Hickman, Nehalem River Steward and wild fish advocate wrote an opinion piece this month on his concerns for the future of wild fish in his homewaters. In this piece, Jeff shares the impacts of...

The Trask River watershed is approximately 175 square miles (112,164 acres) in size and is located primarily within Tillamook County, with small portions in Washington and Yamhill counties. The Trask River is one of five major rivers in the Tillamook basin (which also includes the Tillamook, Wilson, Kilchis, and Miami rivers) that originate in the northern Oregon Coast Range and drain into Tillamook Bay.

Coho is federally listed as Threatened under the Endangered Species Act. Chum salmon is listed as Threatened under the State of Oregon’s Endangered Species Act; Pacific and river lamprey and coastal cutthroat are State Species of Concern. Steelhead is designated as a candidate for listing within this evolutionarily significant unit (ESU), but is not currently listed. The Oregon Coast ESU is one of 19 ESUs of salmon and steelhead that have had critical habitat designations withdrawn as of April 30, 2002. The National Oceanographic and Atmospheric Administration (NOAA) fisheries division is currently in the process of re-issuing critical habitat designations for these species.

The Magnuson-Stevens Act governs the conservation and management of ocean fishing and establishes exclusive U.S. management authority over all coho and chinook salmon (species of commercial interest) throughout their migratory range except when in a foreign nation's waters. The Pacific Fishery Management Council (off the coast of the continental United States), and the Pacific Salmon Commission (off the coast of Canada and Alaska) are the agencies responsible for managing anadromous fish species during the period of their life cycle spent in the ocean. Salmonid species in the Trask watershed most likely to be affected by regulatory actions are coho, chum, and chinook salmon, due to existing marine fisheries for these species. Steelhead and cutthroat trout are rarely caught in marine waters. A habitat conservation plan (HCP) for listed species and Species of Concern is currently under development for western Oregon state forests, and is expected to be completed in approximately two years. Interim policies for Threatened and Endangered (T&E) Species are included in the Interim State Forests Salmon Protection Policy Implementation Plan, which is expected to be completed in 2003.

Key habitat for at-risk species such as coho, chinook, chum, steelhead, cutthroat trout, and Pacific lamprey is found within the Trask watershed. Core areas of coho habitat are located in the North Fork, South Fork, and East Fork subwatersheds. Elkhorn Creek is designated by the BLM as a Tier 1 Key Watershed that contributes directly to conservation of at-risk anadromous salmonids and resident fish species.

Several salmonid species are stocked in the Trask watershed, including fall and spring chinook, coho, and rainbow trout. Winter and summer steelhead, cutthroat trout, and largemouth bass (Micropterus salmoides) were formerly stocked. The current population of summer steelhead found in the Trask watershed consists entirely of hatchery strays from the Wilson River. Although details of their life history and habitat requirements differ substantially, all of these salmonid species depend upon the streams of the Trask watershed and Tillamook Bay for migration, spawning, and rearing.

Degradation of habitat and declines in fish populations have been attributed to several natural and human-caused events: