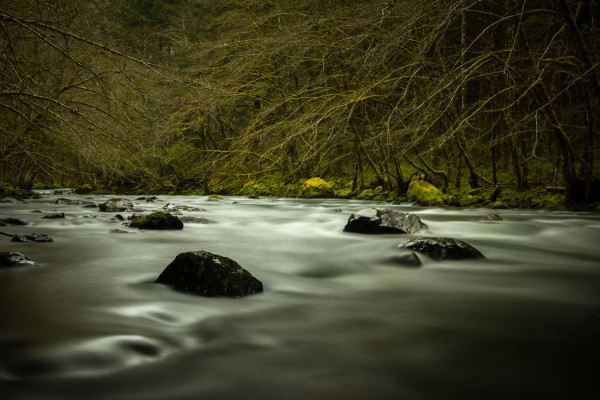 Send us a message about the Wilson River

Speaking up for our Homewaters

Jeff Hickman, Nehalem River Steward and wild fish advocate wrote an opinion piece this month on his concerns for the future of wild fish in his homewaters. In this piece, Jeff shares the impacts of...

Native Fish Society, along with our co-petitioners at the Center for Biological Diversity and Umpqua Watersheds, have filed a notice of our intent to sue the National Marine Fisheries Service to...

The Wilson River watershed, part of the Coast Range Physiographic Province spans portions of the Coastal Lowlands, Coastal Uplands, and Coastal Volcanic Uplands ecoregions. The Wilson is located in the Tillamook Highlands, a geologic province of the North Coast Range, and is typified by long, continuous shorelines punctuated by steep cliffs and the occasional estuarine bay containing rich lowland marshes and deep, alluvial- deposited terraces. Inland, the mountains rise up sharply to elevations greater than 3,500 feet while broad, alluvial, lowland valleys disappear into narrow, steep-sided canyons where high-gradient, cascading streams and landslides predominate.

Situated in the coastal temperate rainforest, the climate of the Wilson River is strongly influenced by the Pacific Ocean and its related weather patterns. Typical of the Pacific Northwest climate, the Wilson experiences an extended, mild, winter rainy season (November through February) followed by a moderately warm and relatively dry summer season. Precipitation (generally rainfall) increases with elevation as warm, moisture-laden air rises over higher terrain, causing the air to cool and drop precipitation. Average high temperatures hover around the mid-fifties (Fahrenheit) in the winter months and the high sixties during the summer months. Average low temperatures dip to the mid-thirties during the winter and the mid-to-upper fifties in the summer.

The Wilson River watershed is comprised of eight sub-watersheds covering roughly 123,000 acres. State lands account for the largest proportion by land area at slightly less than 98,000 acres (~80%). Approximately 31,330 acres are administered by the Forest Grove ODF district and the remaining 66,423 acres are administered by the Tillamook ODF district. The remaining acreage is split between Private Industrial (~12.3%), Private Non- Industrial (~5.2%), Federally Administered Bureau of Land Management (BLM) lands (2.9%), and Miscellaneous lands administered by the City of Tillamook, Tillamook County, or the State Department of Transportation (~0.5%). The dominant land use in the Wilson River watershed is forestry, accounting for roughly 95% of the watershed’s total area. The coastal lowland areas in the watershed are dominated by agricultural use, primarily for dairy pastures (~2% of the total watershed area), but development, mostly in and around the City of Tillamook, also accounts for about 2% of the total watershed area.

Recreation has long been an important and valuable use of the Tillamook State Forest. Traditional pursuits like hunting, camping, and fishing continue to draw visitors, while new uses have rapidly increased in intensity and distribution. That trend has been fueled by population growth, change in technology, and the development of road access across the forest from logging and reforestation activities.

Although a variety of non-salmonid fishes are known to occur within the basin, salmonids are of primary importance to managers as they provide substantial ecological, economic, and cultural benefits for the citizens of Oregon and are often used as indicator species of overall aquatic health. A variety of anadromous salmonid species are known to occur within the Wilson River watershed, including chum, Chinook, and coho salmon, steelhead trout, and both resident and sea-run forms of cutthroat trout. While their life histories and habitat requirements differ, all are freshwater obligate spawners and spend portions of their life in freshwater, estuarine, and marine (except for resident cutthroat trout) environments before completing their life cycle in their natal streams.

The Wilson River, about 33 miles (53 km) long, flows from the Northern Oregon Coast Range to Tillamook Bay in the U.S. state of Oregon. Formed by the confluence of its Devil's Lake Fork and its South Fork, it runs generally west through the Tillamook State Forest to its mouth near the city of Tillamook. It is one of five rivers—the Tillamook, the Trask, the Wilson, the Kilchis, and the Miami—that flow into Tillamook Bay.

ODFW has operated a fish hatchery on the Trask River since 1916 and currently releases these species: Fall Chinook, Spring Chinook, Coho, Winter Steelhead.

The Basin can potentially be impacted by the effects of surrounding land use including but not limited to those of forestry, agriculture, and municipalities.

The Basin is periodically impacted by flooding and erosion.

The Wilson River has also experienced the occasional effects of bacterial outbreaks.

State Highway 6 runs along portions of the Wilson River. The highway provides good access to residents of the Portland metro to recreational opportunities available within the basin. That access can also bring attendant pressure of use on related resources.

In a 1961 study by the US Department of the Interior entitled “Waterpower Resources of The Wilson River Basin”, the feasibility of a dam at Cedar Creek was deemed possible. Dams are not a threat on the river today.