Wayne Somes, an individual dedicated to the Willamette River, and the recovery of its iconic fish, passed away, Saturday, May 5th, 2018 at the age of 71, after a long battle with Parkinson’s Disease. Remembered for his enduring optimism, time spent mentoring young people, and his vision of fish recovery, he spent a life concerned about the environment and the community caring for it.

Wayne was born in Chico, Calif., and was raised on the same farm where his father was born. Influenced by his father, he became an avid fisherman and hunter. Living only a few miles from the Sacramento River, he often biked with his fishing rod down to the river searching for steelhead, salmon, shad, or bass.

Many people can point to memories with Wayne that were influential on the trajectory of their lives. In Wayne’s spirit is the work of engaging youth, and handing onto future generations the responsibility to steward the natural world. Realizing the challenges to the rivers, forests, and fish were of a multi-generational nature, Wayne shared his passion with young people in many ways. He searched for Bull Trout, a native fish that has been extirpated from much of the upper Willamette Basin, during impromptu streamside lessons with captivated children. He shared his vision for their reintroduction of spring Chinook, winter steelhead, and bull trout above flood control dams that blocked their migration. He also took time out of his schedule to show kids spawning steelhead wherever he worked, from the Upper Columbia river in Idaho and Washington, to the Willamette watersheds of Oregon. In Wayne’s eyes, it was a honor to share a positive influence on the environment. 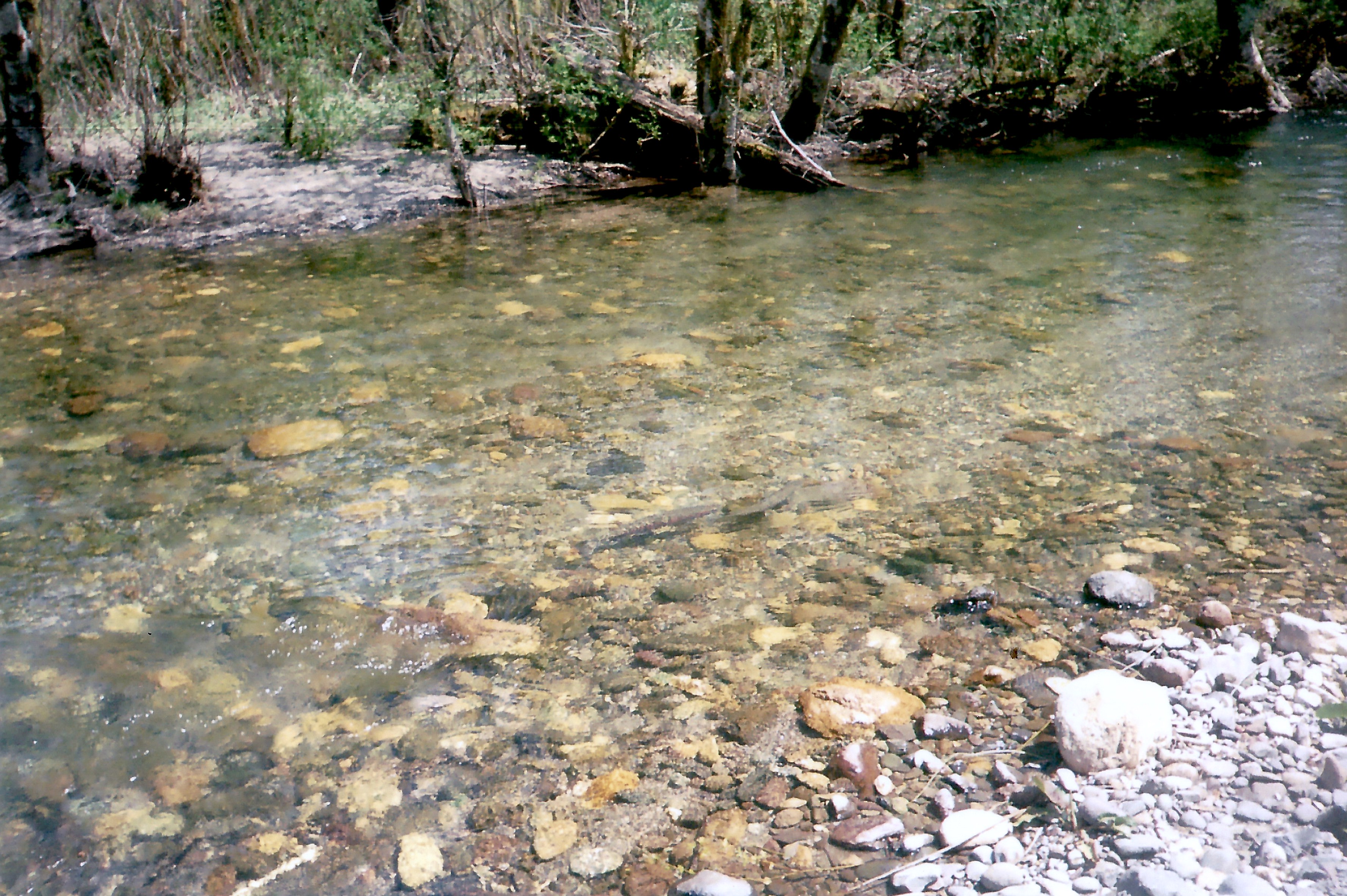 Photo: Spawning winter steelhead witnessed in the South Santiam River by Conrad Gowell during his job shadow with Wayne Somes in 2001.

Wayne is survived by his wife Judith; daughters, Virginia and Erica; son-in-law, Garrett Gregor; grandchildren, Somes and Zandralare; brother, Sid; and sister, Joan McCullough (Steve). Both of Wayne’s daughters learned to fish with him along the Salmon River in Idaho. The family enjoyed floating on the Salmon River and occasionally camping when rain and mosquitoes allowed. His daughters were the most important people in his world and he was very proud of their accomplishments.

Wayne’s family has asked that donations be made to the Native Fish Society to further their mission advancing the protection and recovery of the Willamette’s threatened fish.