Nestled in South Central Oregon is the beautiful Klamath River Basin, a high elevation desert home to pristine watersheds. These small rivers and streams feed the Klamath River, one of few rivers that makes its way through the Cascade mountains of the Pacific Northwest. Last week, I was able to visit the watershed and tour the upper basin which contains many spring creeks and troublesome dams.

Oregon Department of Fish and Wildlife biologist Mark Hereford graciously gave me a tour of the Link River dam, Keno dam, JC Boyle dam, and all stretches of water in between. The Link River dam and Keno dam both have fish ladders allowing for fish passage. JC Boyle dam has an outdated fish ladder, but the good news is the dam is scheduled for removal in the near future. Touring the high desert landscape, it was clear there is tremendous opportunity for anadromous fish to return and flourish in their historic homewaters after the removal of the Klamath’s four lower dams (Iron Gate, Copco 1, Copco 2, and JC Boyle).

The site below JC Boyle is grim. Water is directed around the dam through tubes to generate energy during daytime hours. PacifiCorp, owner and operator of the dam, fluctuates the outputs below the power turbines from resulting in water flows around ~400cfs to ~2,000 cfs in a matter of minutes. This poses challenges for the entire ecosystem downstream with large increases and decreases in water flows. 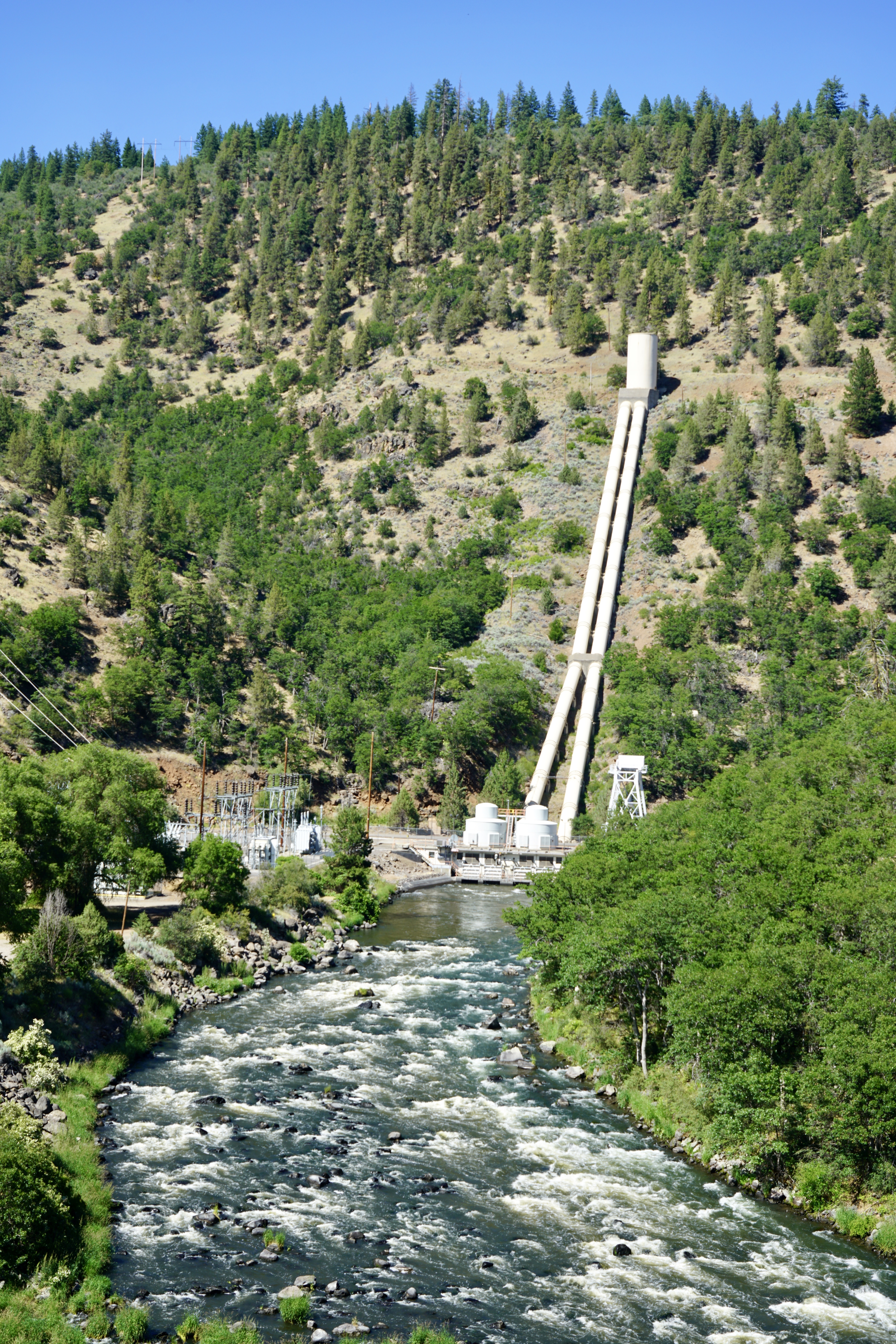 After a sad view of many dams, Mark led me downstream and excitement grew as I saw the potential spawning and rearing habitat for anadromous and resident native fish. This canyon, designated as Wild and Scenic, contains rolling rapids with smooth gravel bottoms and steep canyon walls. I finished my day with the wonderful thought of how much potential remained after the removal of the four lower dams of the Klamath River Watershed.

I spent the evening hosted by our wonderful River Stewards of the Upper Klamath Basin, Marshal Moser, Crystal McMahon, and Crystal’s husband, Bill Tinniswood. They were wonderful hosts, we spent the evening at their lakeside home where Bill and Marshal took me fishing for Agency Lake’s beautiful Redband Rainbow trout. 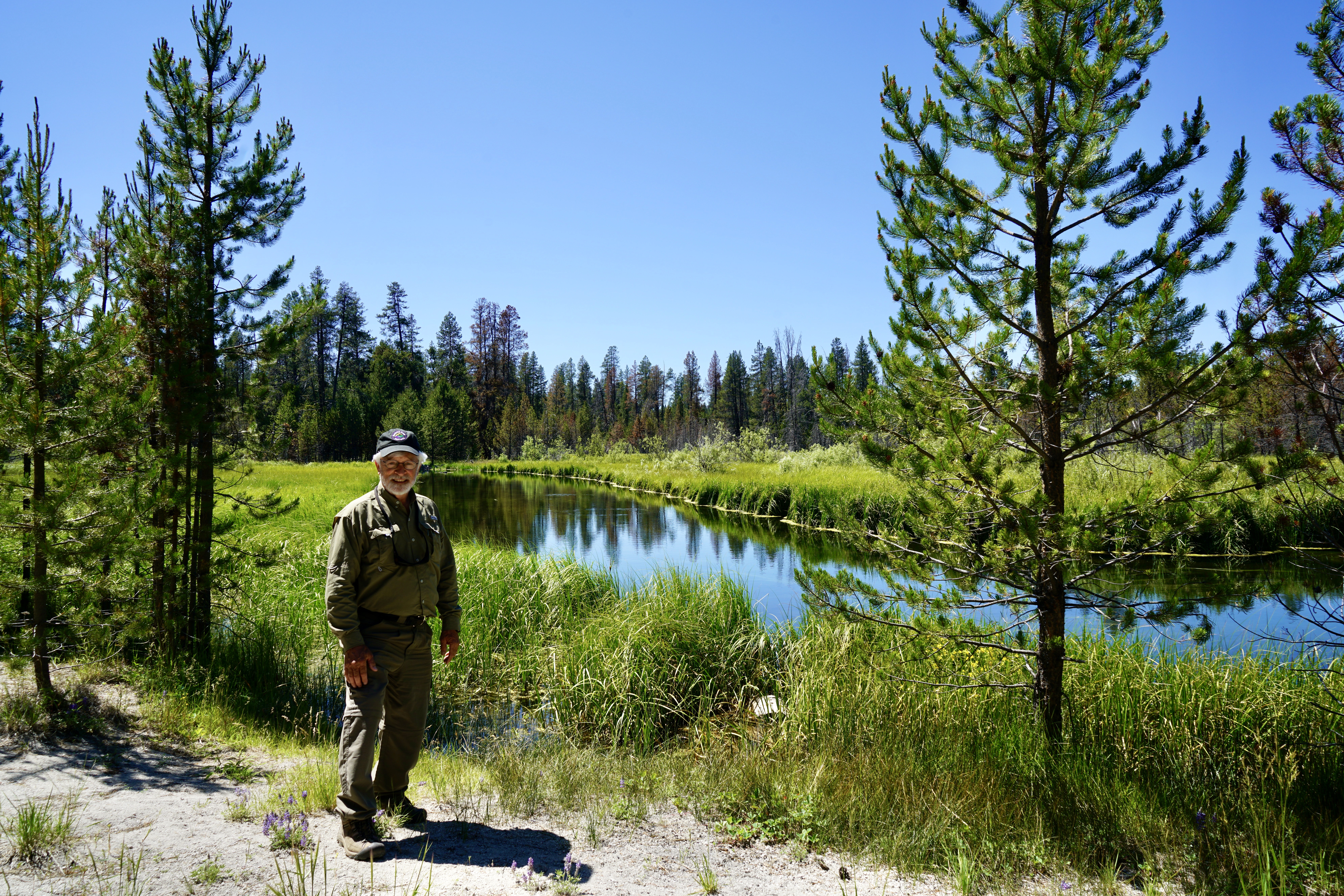 Dedicated River Steward and Conservationist, Marshal Moser next to the Williamson River

The Williamson encompasses a gorgeous area with deep history rooted in controversy over water rights. How to conserve and restore the Williamson River has been a mission for Marshal since moving to the basin 14 years ago. Encouraging proper land-use practices and preventing overgrazing has been a constant struggle for River Stewards protecting these fragile ecosystems.

Marshal proceeded to show me a central portion of the Sycan River, a beautiful spring creek that will provide miles of spawning habitat for reintroduced spring Chinook salmon. We continued to the confluence of the North Fork and South Forks of the Sprague River. Following the nearby highway, we traveled through Beatty Gap where we saw an important reach of the mainstem of the Sprague River, another possible area for spring Chinook salmon to return and flourish.

We continued down the Sprague River where Marshal shared the history and opportunity for native species to re-inhabit. The nine-hour tour and on-the-ground expertise was just what I needed to help myself learn the best way to support our River Stewards of the upper Klamath Basin.

I ended my trip reflecting on the opportunity for the Klamath Basin to thrive. Between the beautiful spring creeks that flow into Agency and Upper Klamath Lake, to the potential spawning ground for native fall Chinook below JC Boyle Dam. The future for the Klamath River is bright. We must all work together to protect and enhance this basin as we look toward a future after the lower four Klamath River Dams are removed and wild fish have access to the landscape once again. The Klamath River is an opportunity for us to rewrite restoration history and create a model for reviving abundant wild fish and free-flowing rivers across the Pacific Northwest.

Please follow the link to the action alert on our website, submit comments to FERC to approve dam transfer from PacifiCorp to Klamath River Renewal Corporation. To learn more about the history of the Klamath Region and the four troublesome dams, please visit our campaign page.