A Photo Finish for the Wild Rivers Campaign

Brookings, Ore. | As the new year begins we’re teeming with joy for native fish and wild rivers! It was a photo finish, but with just 48 hours left in 2016, the Assistant Secretary for Lands and Mineral Management, Janice Schneider, signed the public land order making official a 20-year mineral withdrawal for southwest Oregon!

What does this mean? The Assistant Secretary's signature is the culmination of years of grassroots work including thousands of letters and phone calls, 75,000 supportive comments, 3 packed public hearings, dozens of letters to the editor, house parties, and community presentations which thankfully transformed into two decades of protections from industrial strip mining for 101,000 acres of rugged public lands. These protections extend across the headwaters of the federally designated Wild and Scenic Smith and Illinois rivers as well as free-flowing Hunter Creek and Pistol River. Taken together, these protections will safeguard water quality and habitats for over a dozen remarkable wild salmon and steelhead populations, including threatened coho salmon, returning home to the most intact coastal ecosystem in the lower 48 states.

"Our campaign to stop this foreign mining corporation started with a simple petition I walked around Hunter Creek knocking on doors and talking with neighbors," said Dave Lacey, Hunter Creek River Steward. "When 99% of the residents in Hunter Creek signed on I knew that we had a chance to protect our place. My neighbors and local people were this campaign's greatest asset -- together we protected what we all love so much -- our wild rivers, our native fish and our home!"

"I am proud of our Wild Rivers Coast community for demonstrating what we value; clean rivers, healthy fish populations and a legacy of protecting our homewaters," said Smith and Chetco River Steward Sunny Bourdon.

Head brewer at Arch Rock Brewing and founding member of the Wild Rivers, Wild Brews Coalition, James Smith said, "We're protecting our fish, our rivers and our clean water economy. Thank you Congressman DeFazio and Senators Wyden and Merkley for protecting our homewaters and our livelihood."

This bottom up approach means that today, with significant protections secured for our native fish and wild rivers, our rural communities are celebrating as well. We cannot thank our local electeds and business leaders enough, including Mayor Popoff and the Gold Beach City Council, our Curry County Commissioners and the dozens of local business leaders that joined the coalition to protect our remarkable place.

A also extend a huge thank you to our Congressional champions whose leadership and dedicated staff members were responsive to our local effort all along. Thank you congressmen Peter DeFazio and Jared Huffman and senators Ron Wyden and Jeff Merkley! We look forward to working together to secure permanent protections for our place over the next 20 years!

Native Fish Society also wants to thank all of our campaign partners including Ann Vileisis and the Kalmiopsis Audubon Society, Barbara Ullian and Friends of the Kalmiopsis, Grant Werschkull and Patty McCleary at Smith River Alliance, Bonnie Gestring at Earthworks, and the whole crew at KS Wild, American Whitewater, Trout Unlimited and American Rivers. Our work together on this campaign is an all too rare example of how a diverse coalition of conservation groups can work together to achieve incredible results.

Last, but not least, a BIG THANK YOU to all of our members and campaign supporters. You signed action alerts and letters, wrote checks and supported our grassroots Wild Rivers Campaign for nearly three years! Without your help we could not have achieved this incredible victory. And if you believe in our work and want to see more victories like this in the future please donate to Native Fish Society or join us as a member. Thank you for your steadfast support!

Now the photo finish you’ve been waiting for. We hope you enjoy these incredible places and the native fish we protected together. Happy New Year! 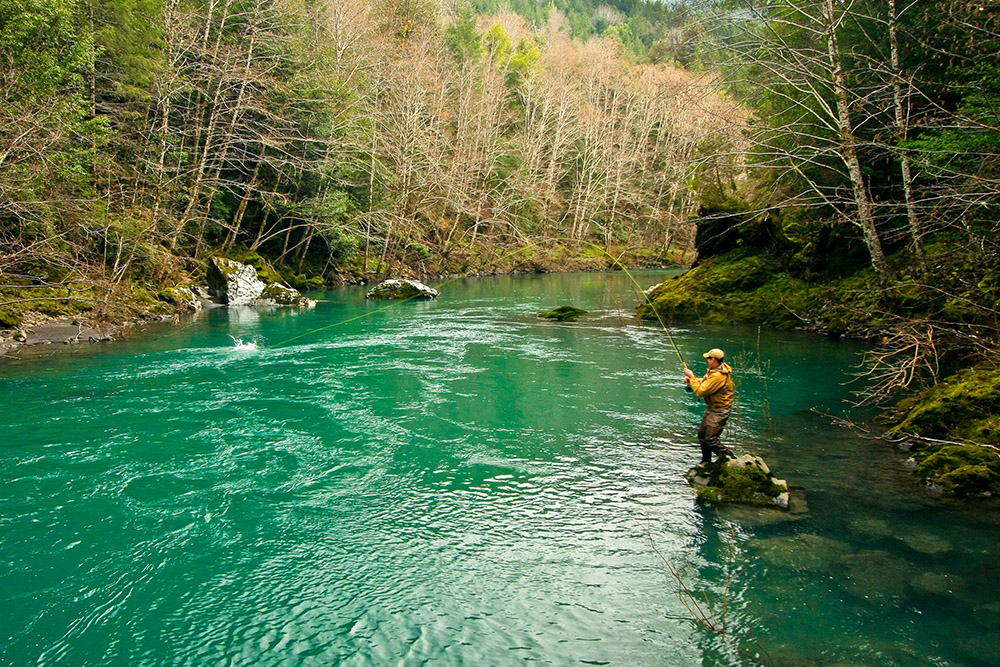 From its headwaters on the 4,220-foot Snow Camp Mountain, the Pistol River flows 21 miles through the Southern Oregon Coast Range to the Pacific Ocean 10 miles south of Gold Beach, OR. Over 55% of the Pistol River’s 105 sq. mile watershed is public land managed by the Rogue River – Siskiyou National Forest and the Bureau of Land Management. Thanks to its largely unaltered state, the Pistol River’s estuary is one of only 5 in Oregon that the state has classified as ‘natural.’ The headwaters of the North Fork of the Pistol border the Red Flat Botanical Area and support unique serpentine plant communities. The Pistol River is dam free and supports all wild populations of fall Chinook, winter steelhead, fall steelhead, threatened Coho salmon, sea run cutthroat trout and resident rainbow trout. Prized for its rugged and beautiful course to the sea, the Pistol River also provides drinking water for residents in the lower basin who draw from nearly 100 shallow wells. Photograph taken on the lower mainstem of Pistol River, downstream of Red Flat Nickel Corps. proposed mine at the Red Flat site. 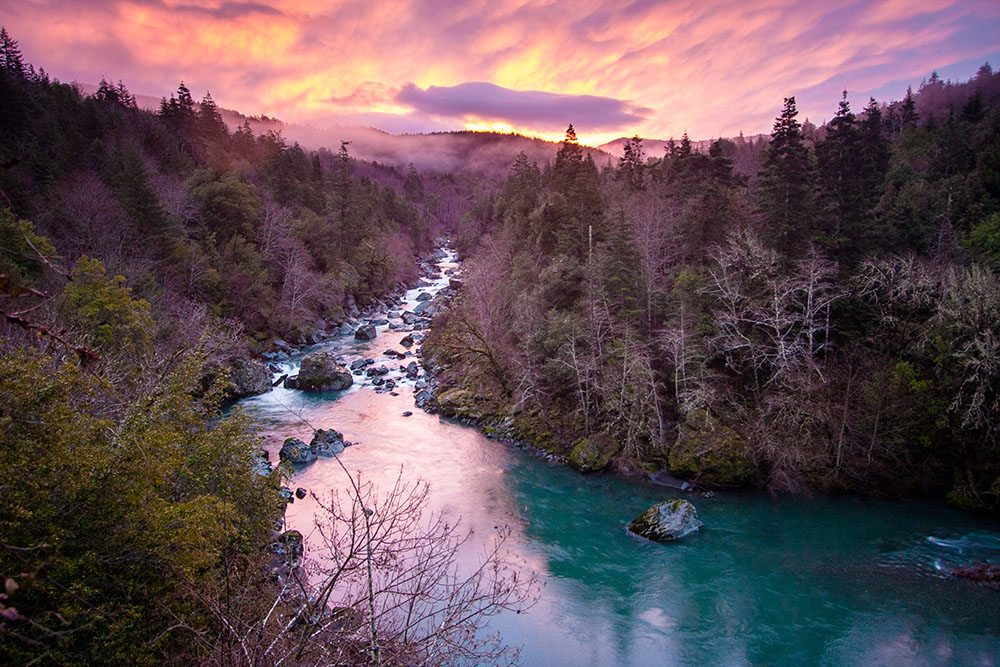 Baldface Creek flows southwest out of Oregon’s Kalmiopsis Wilderness and through the South Kalmiopsis Roadless Area to join the North Fork Smith River just before it enters California. Baldface Creek is known for its pristine waters and gentle gradient, which makes it one of the North Fork Smith’s most important tributaries for protected Coho salmon, fall Chinook salmon, winter steelhead and cutthroat trout. Forest Service managers were so impressed with Baldface Creek they found it eligible for the highest honor that can be bestowed on any American waterway – as a “Wild River” under the National Wild and Scenic System. In 2004, the Forest Service proposed adding the Baldface Creek watershed to the Kalmiopsis Wilderness. Waters originating in Baldface Creek are part of the freshwater drinking supply for the communities of Gasquet, Hiouchi and Crescent City, CA. Photograph taken approximately 1/2 mile above the confluence with the North Fork of the Smith River. Red Flat Nickel Corps. proposed Cleopatra site is located upstream of this photo. 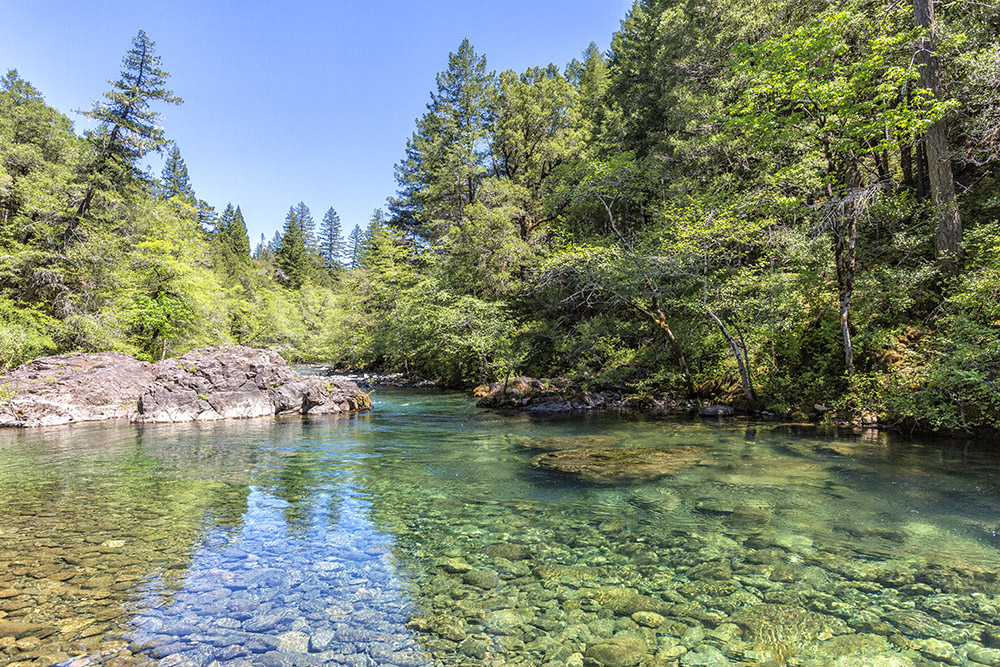 North Fork of the Smith River 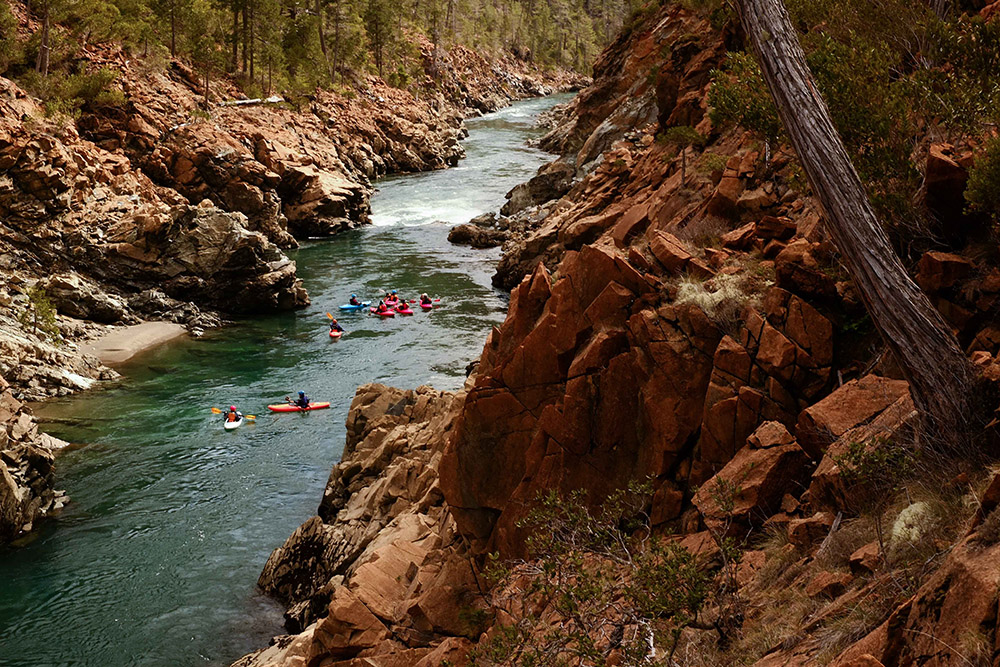 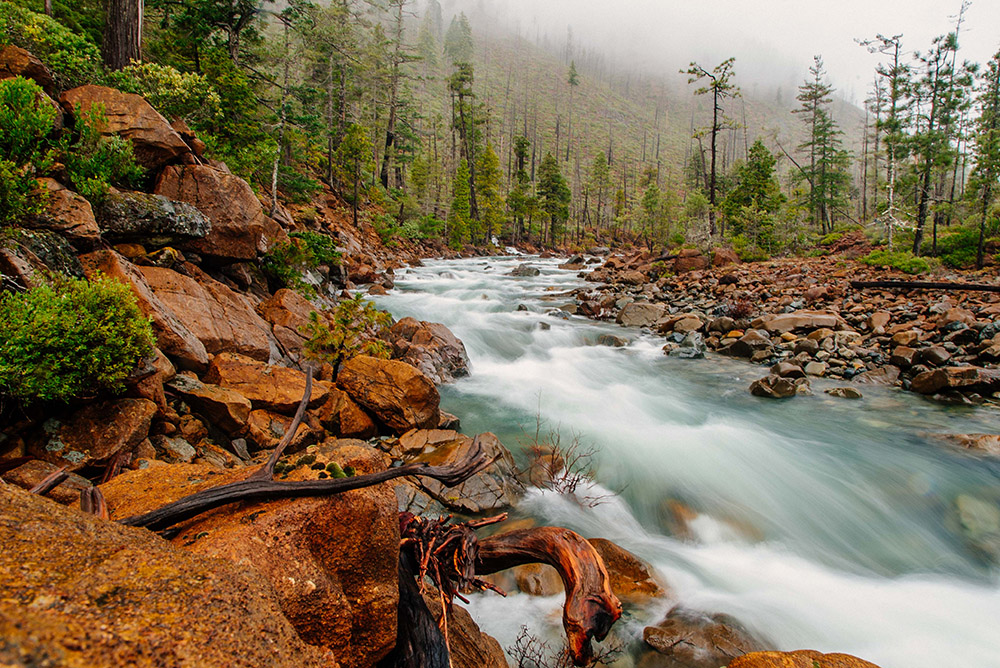 The National Wild and Scenic Illinois River begins in the rugged Siskiyou Mountains near the California border and flows northwest through one of the most inaccessible river canyons in the lower 48, before merging with the Rogue River near Agness, OR. The 56-mile Illinois River is famous for its abundant whitewater and 50-mile National Wild and Scenic section, much of which courses through the Kalmiopsis Wilderness. For whitewater enthusiasts, the Illinois’ 150 rapids– including 11 Class IVs and 1 Class V known as ‘The Green Wall’ (pictured)–create one of the most challenging whitewater adventures in the U.S. The Illinois River is a stronghold for all wild populations of Coho and fall Chinook salmon, winter steelhead and cutthroat trout – a rare distinction. Waters that originate in the Illinois River watershed are part of the freshwater drinking supply for O’Brien, Cave Junction, Kerby, Selma, Agness and Gold Beach, OR. Photograph taken at the Green Wall rapid in the Kalmiopsis Wilderness on the National Wild and Scenic Illinois River. The river section pictured is downstream of 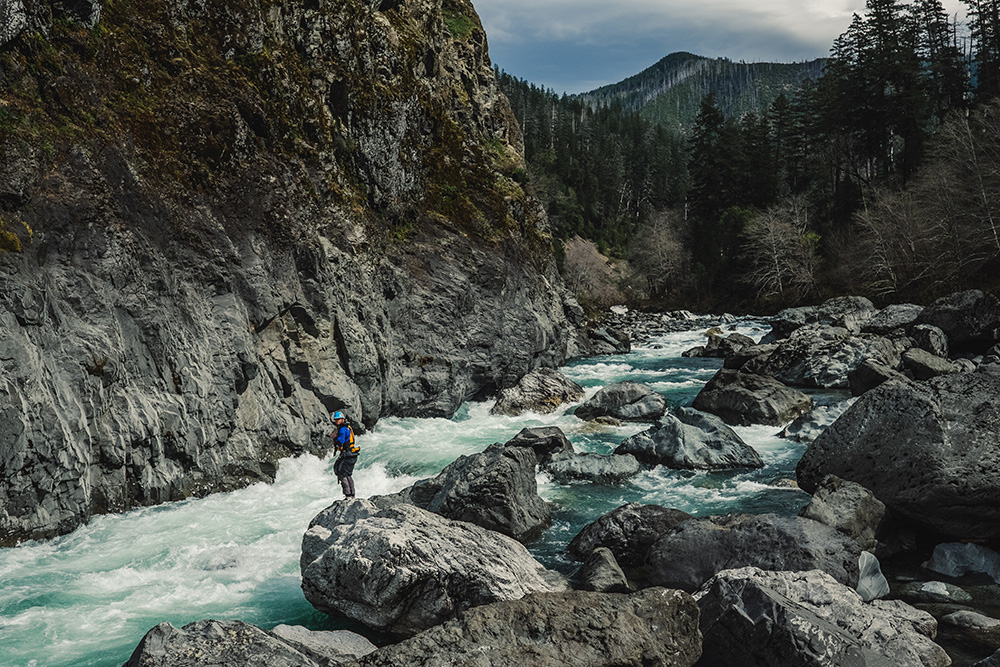