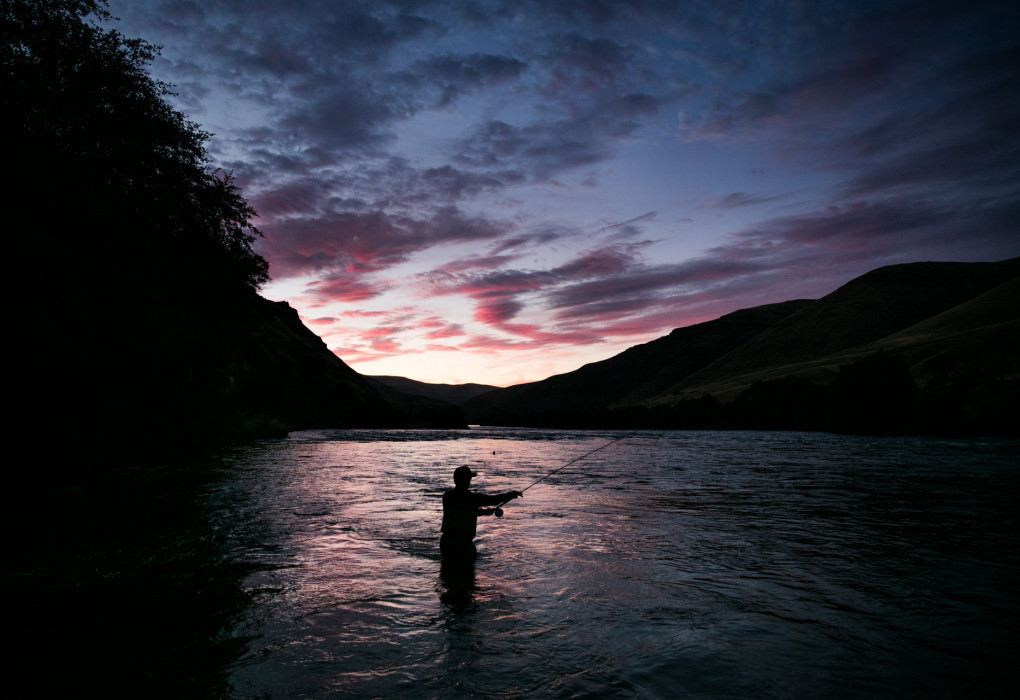 NFS River Steward Jeff Hickman, the owner and head guide of Fish the Swing, a highly respected fly fishing outfitter based in Oregon, recently announced that he is canceling his entire season of Steelhead fishing trips and multi-day camps on the Deschutes River due to record-breaking low returns of Steelhead to the Columbia Basin, dangerous water temperatures in the Columbia and Deschutes Rivers, and inadequate leadership and protective action from the Oregon and Washington Departments of Fish and Wildlife.

The cumulative return of both hatchery and wild Steelhead past Bonneville Dam, the first dam on the mainstem Columbia River, is the lowest on record since counting began in 1938 and just 22% of the current 10-year average--which itself is the lowest since 1985. The few fish that have returned are facing the second hottest water temperature trends in the past decade with mainstem temperatures at Bonneville Dam regularly passing 73F (survivability of salmonids like Steelhead begins to decline after temperatures exceed 64.4F). In early August, NFS and our partner regional fish conservation groups sounded the alarm to fishery managers in both Washington and Oregon, asking the states’ respective Fish and Wildlife Commissions to implement conservation measures to protect this year’s run. As of August 25, neither Oregon nor Washington have acted.

A lack of action by fisheries managers has left anglers and guides to figure out the most responsible course forward themselves.

Hickman has been fishing for Steelhead on Oregon's Deschutes River for thirty years and guiding jet boat fishing trips for anglers for fourteen seasons. His decision to forgo a guide season means he and two other fishing guides will sacrifice months of critical income and give up a beloved season on one of Oregon's most iconic and popular Steelhead rivers. But they believe there are simply too few wild Steelhead returning to responsibly fish. Hickman hopes his gesture points a spotlight on the glaring lack of leadership coming from fishery managers who are looking at the same grim run numbers and water temperatures and failing to act.

“While runs have been tough the last five years, I am now left with an ethical decision of whether or not to run my business,” Hickman explained to clients in his announcement. “I'm angry, sad, and deeply frustrated. I know many of you are too. This decision should not rest on our shoulders. It is the job of the managers to tell anglers when it is safe and responsible to fish. I have lost all faith in our agency to manage the resource."

On the Umpqua River in southern Oregon, Oregon Department of Fish and Wildlife has closed Steelhead fishing through the end of 2021 due to similarly poor returns and high water temperatures. Yet Steelhead angling seasons remain open on the mainstem Columbia and its tributaries. Native Fish Society is urging Governors Brown and Inslee and state fisheries managers to take the following immediate actions ( sign the action alert here):

“Jeff is a longtime NFS River Steward and the organization is proud of him and his team for speaking up and acting in the best interest of these fish, even as it comes at huge personal cost,” said NFS Conservation Director Jennifer Fairbrother. “Our iconic fish populations are hovering at a dangerous, tragic inflection point. The decision to not fish shouldn't be left to individual anglers and outfitters; it is the job of our states to protect these priceless runs, but instead, they choose to remain silent or allow a status quo of ongoing declines to run their course to extinction on their watch. The northwest's rivers, anglers, and native fish deserve much better.”