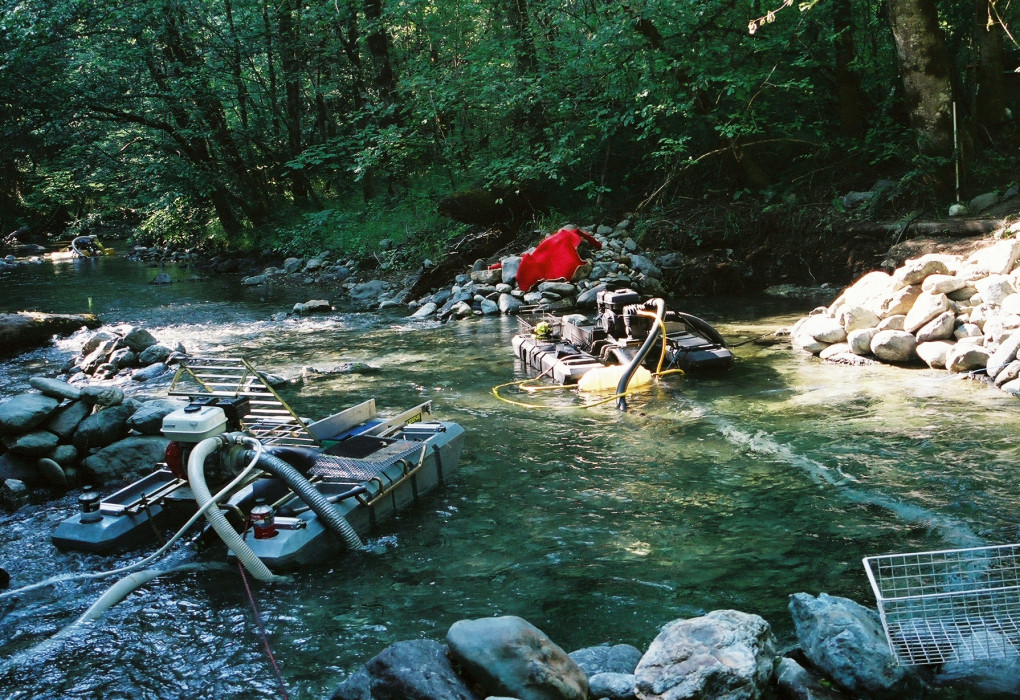 Last month the Oregon State Senate passed the Suction Dredge Reform Bill (SB 3-A Engrossed) with a vote of 21-9 to send it over to the Oregon House of Representatives, a move that would establish the permanent framework to manage in-stream motorized mining across Oregon.

If passed into law, the Suction Dredge Reform Bill would permanently protect waters listed as essential salmonid habitat from the harmful effects of suction dredge mining, which has been shown to negatively impact fish by vacuuming up river bottoms, trapping and killing aquatic insects, fish eggs and juvenile fish, and negatively altering salmon habitats.

On Wednesday, May 3, the Oregon House of Representatives Committee on Energy and the Environment will hold a public hearing to hear testimony on this bill, and consider passing SB-3A Engrossed onto the House for a full vote.

Native Fish Society is in support of this bill, and it is our preferred pathway for establishing the long-term regulatory framework necessary to reform this harmful activity in sensitive waters, while still allowing the activity in other areas of the state. Admittedly, this bill is a compromise, as NFS would have liked to seen stronger protections for waters with the federally listed bull trout populations, particularly in NE Oregon. However, given the long legislative history of this bill, including the collaborative processes utilized to refine this bill over multiple legislative sessions, we believe that this bill is the appropriate path forward and will provide the framework necessary to help protect the state's investment in the recovery of its iconic wild salmon and steelhead and Pacific Lamprey. Without this reform, we believe that to allow this harmful activity in areas with sensitive native fish populations would be counter to the best available science and the millions of public dollars that have been invested from state and federal agencies, public and private groups and individuals that have committed to these restoration actions, and would further jeopardize this important cultural resource.

For these reasons, we support SB 3-A Engrossed, and ask that you contact the members of the House Energy and Environment Committee to show your support for protecting wild fish and clean water, and encourage them to move the Suction Dredge Reform Bill forward.